Home > WORLD > ‘That is freedom’: UFC stunner Claudia Gadelha shows off snap from naked photoshoot as star stays fit during layoff from action 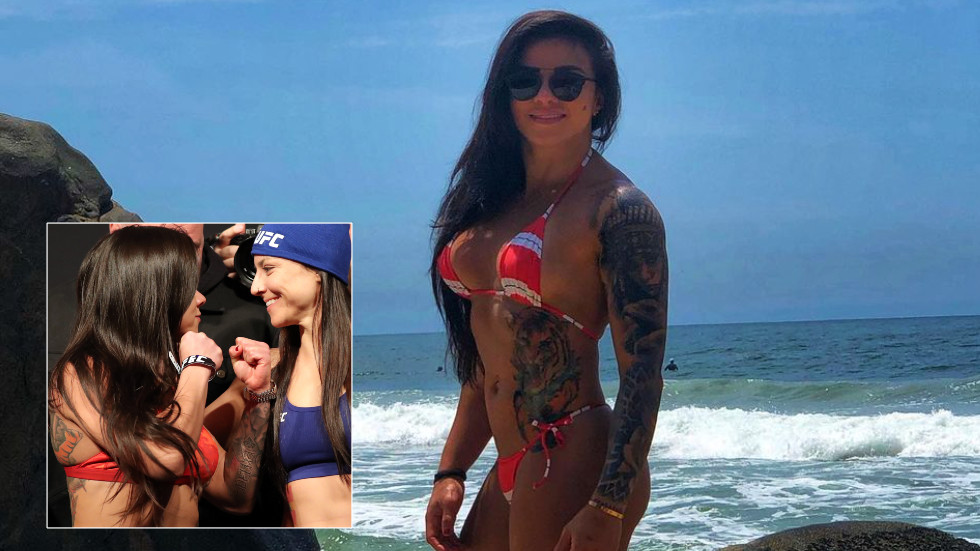 Women’s UFC strawweight sensation Claudia Gadelha has thrilled her vast fan following by revealing a shot from a naked photoshoot, offering kisses and love to her supporters while showing off her mental and physical fitness.

The seven-time Brazilion jiu-jitsu champion announced her pleasure with the teaser photo from her scantily-clad shoot, and her admirers clearly agreed as the picture, which featured Gadelha side on with no clothes on, racked up well over 100,000 likes in less than 24 hours.

Gadelha is currently recovering from injury and only her second loss in almost two years, having lost by decision to Yan Xiaonan in November.

In a philosophical caption, the 32-year-old Las Vegas resident wrote: “To know yourself so well that the reflection from the mirror of others are completely inconsequential. That is freedom.”

The winner of the UFC’s first ever women’s strawweight clash, in 2014, also had an update for viewers keen to know when she might return to the octagon.

Sharing footage of herself training inside the gym with a kettlebell and other pieces of kit, Gadelha assured them that she was keeping herself on her toes.

“I had knee surgery on Tuesday,” she told her audience of almost a million accounts in an Instagram Stories video.

“I’m going through the recovery process now. It doesn’t mean that I can use this as an excuse to stay at home lying down.

“My leg can’t move much but the rest of my body can – and my mind, too.

“I am here studying to keep my mind active and doing what I can physically to keep my body active. Kisses. Love you.”

Louisiana cemetery 'sorry' after denying officer burial 'because he is black'

‘Yes, people have Zoom fatigue but it’s not our fault’

Do you ‘Zoom lunch’ with home-working colleagues?