Home > WORLD > ‘Thank God no one was hurt’: Football star has $365k Ferrari mangled by car wash worker in smash – but his reaction earns praise 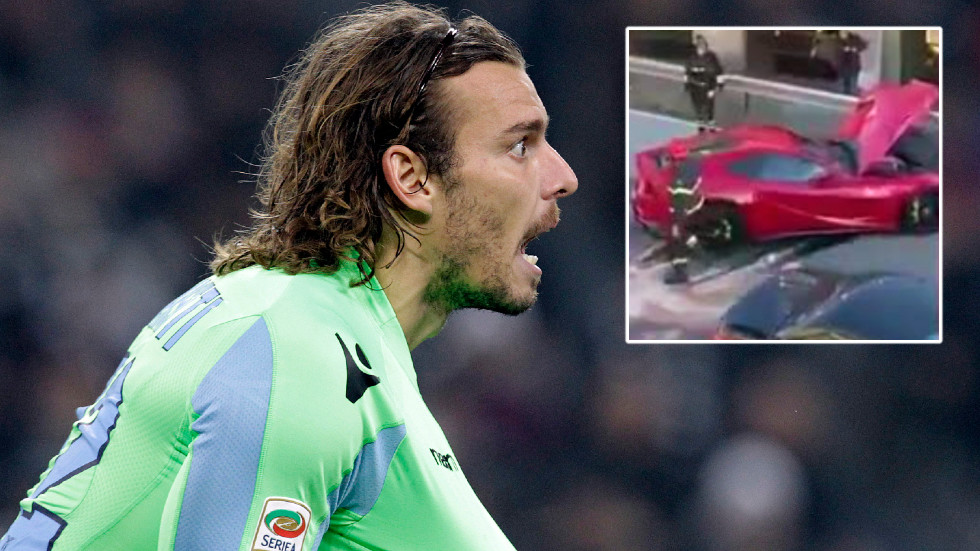 ‘Thank God no one was hurt’: Football star has $365k Ferrari mangled by car wash worker in smash – but his reaction earns praise

Genoa goalkeeper Federico Marchetti, who was reported to have been fuming after a car wash worker accidentally crashed his luxury $365,000 Ferrari, has been praised by his fans for regaining his composure in a sensitive response.

Shocking pictures of the incident emerged after the player decided to take his new Ferrari 812 Superfast to be washed during training in Liguria on Monday.

The sparkling clean car was expected to be delivered back to Genoa’s training base, but a carwash employee reportedly failed in their handling of the powerful vehicle and smashed it into a safety barrier, hitting five parked cars in the process.

The driver managed to walk away unscathed but the car was said to have been completely destroyed.

The 812 Superfast is Ferrari's most powerful sports car ever built.
It has a top speed of over 211mph. pic.twitter.com/RgFDhAHLvF

Taking to social media to comment on the situation, Marchetti resisted the urge to express his likely anger and frustration, saying that the most important thing was that there had been no injuries.

“Thank God no one was hurt, and that is the most important thing,” he said.

“I’ve read a lot of bad stuff written. Let’s leave it alone – I hope I won’t have to read it any more.”

His response was met with an avalanche of supportive messages on Instagram from his fans, praising him for his kindness and forgiveness.

“Gentleman, as always,” one wrote, while others called the 37-year-old “a fantastic man” and “number one”.

“We love you,” gushed one follower. “You are the best.”

Coronavirus: WHO team to begin probe into origins in Wuhan