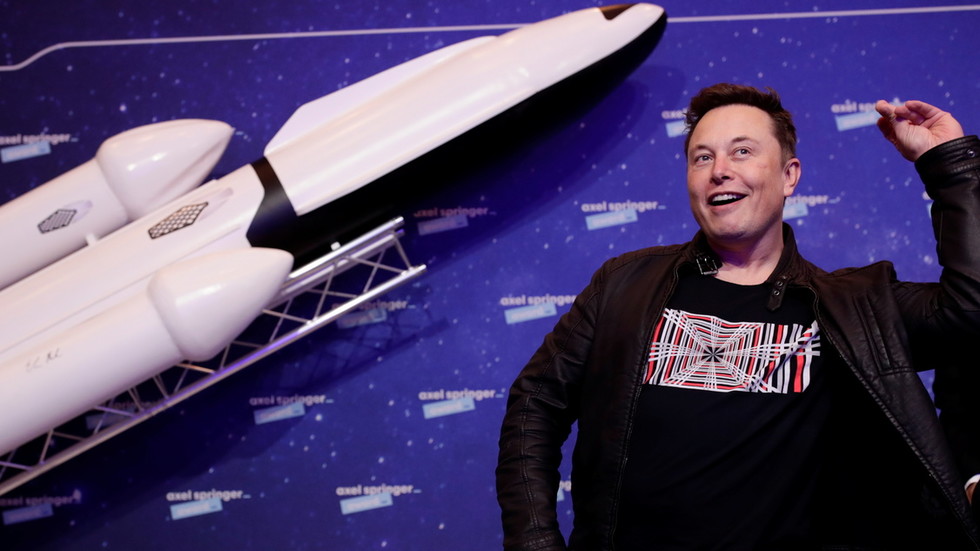 SpaceX and Tesla founder Elon Musk has surpassed Amazon founder Jeff Bezos as the richest person in the world, his fortune having grown to over $185 billion. The billionaire seemed surprised by the announcement.

Musk was officially named the richest person on the planet on Thursday, not-so-narrowly edging out Bezos thanks to a 4.8 percent boost in Tesla’s stock value. The South African-born electric car purveyor’s net worth is now an eye-popping $188.5 billion, while Bezos has “only” $184 billion.

The rapid growth of Musk’s personal fortune over the last year has surely made him the envy of his Silicon Valley peers, but his disinterested response to the news on Twitter suggested he wasn’t really paying attention to the details.

“How strange,” the billionaire remarked, before tweeting he was going “back to work.”

Not everyone was excited about Musk pulling down more per year than they’d ever see in their lifetimes, of course.

That’s not something to be proud of, big man. Nobody should be a billionaire when people are starving.

If you are the richest person on the planet, you’re on the wrong planet.

Many had ideas as to how he should spend his fortune, from ending world hunger and homelessness to donating to random Twitter users.

Time for you to end veteran homelessness, fund the organizations who have the capacity to solve world hunger, and in general, spread the love a bit. You've got more than you need. Don't be a bad member of the human tribe.

elon you got enough to save us all do it

But several users celebrated his accomplishments – including dethroning Bezos.

Many of us don't really care about your net worth.

We care that you have dreams so big that millions can dream them and that we can collectively will into existence.

The only billionaire that would still sleep on the factory floor.

Elon, you deserve this title better than anyone else.

Bezos and Musk aren’t just tech industry competitors – both are determined to bring humanity back into space, though Musk has focused more on a potential Mars colony and Bezos is more interested in building reusable rockets to bring down the cost of sending materials into orbit.

Musk’s SpaceX subsidiary Starlink won nearly $1 billion in a recent controversial bid to roll out satellite-based broadband internet to rural Americans. Astronomers and amateur stargazers alike have complained about light pollution from the thousands of satellites he’s launching into orbit.

Billionaires in general aren’t terribly popular this year, given the massive profits they raked in while the hoi polloi were prohibited from working due to government restrictions brought about by Covid-19. Should all US billionaires pool their 2020 profits, they could give out $3,000 individual stimulus payments to every American without making a dent in their pre-pandemic wealth.

Not bad for a year's work: Robert Lewandowski shows off 12 TROPHIES after Bayern striker's stellar year in 2020