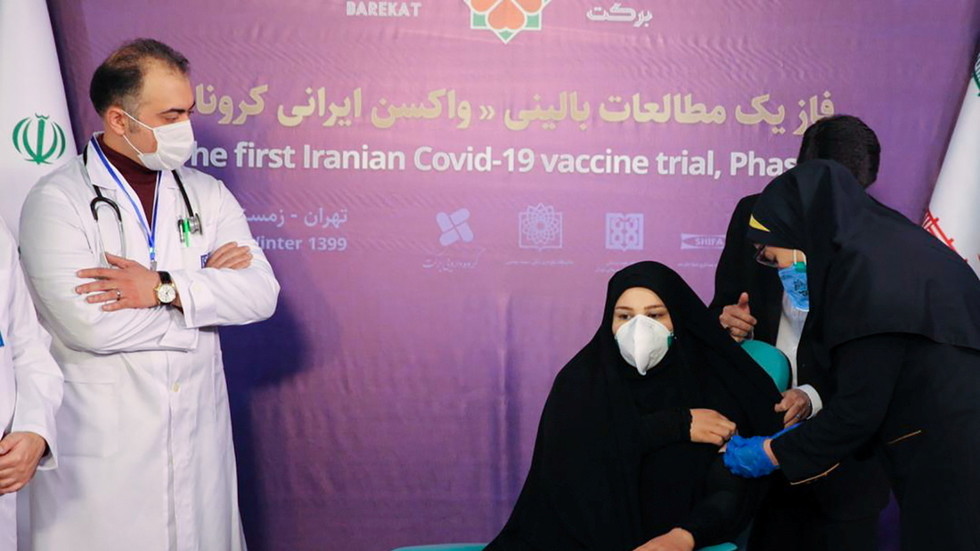 A senior public official has said that Iran is moving towards solving its inoculation problems as it looks to mass-produce its first vaccine after very early trial data suggest the jab is effective against Covid-19.

“Work is going well in the field of production of the Iranian Covid vaccine and, according to forecasts, we will reach production of 1.5 to 3 million doses per month within the next 15 days,” Mokhber said.

“We will reach the production of 12 to 14 million doses of Covid vaccine in May and June next year [the Iranian year ends on March 20] as planned and solve the problem of producing this vaccine,” he added.

Mokhber said the first phase of human trials would finish in three weeks and the second phase would begin in March. The interim data, which is based on only 21 people receiving the jab, will be published in the spring.

On Tuesday, the official said the interim trial data showed no side effects and the vaccine, named Coviran Barekat, is effective on the Covid-19 mutations identified in Britain and South Africa.

He added that two to three million doses will have been produced before the end of the Iranian year, and claimed the jab would be cheaper than foreign products and would allow Iran to become self-sufficient in Covid-19 vaccines.

On Tuesday, Iran approved Russia’s Sputnik V vaccine – the world’s first registered jab for Covid-19, adding that it would also be getting vaccines from China and India.

Iranian Supreme Leader Ali Khamenei recently voiced concerns about US and British vaccines, describing them as “untrustworthy.” He subsequently introduced a ban on imports of US and UK Covid-19 vaccines earlier this month, citing the rampant nature of the virus in both countries.

Russia Navalny protests: Kremlin hits out at West as it downplays rallies

Arrests reported at anti-government protest outside Netanyahu’s home, as Israelis kick off 2021 with weekly demo