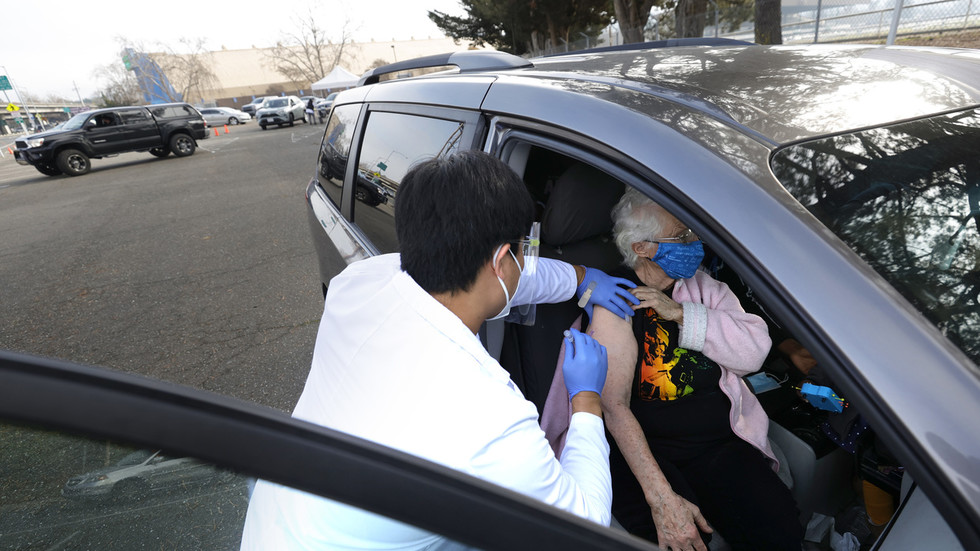 Life-threatening allergic reactions to the Moderna Covid-19 vaccine occur “rarely,” the US Centers for Disease Control and Prevention (CDC) said after analyzing data from millions who have had the first shot.

The CDC looked at 4,041,396 people across the country who have received the first doses of the Moderna vaccine between December 21 and January 10.

Among these, 10 had a strong, life-threatening allergic reaction, which is 2.5 cases per million doses administered, the agency said, citing the Vaccine Adverse Event Reporting System. This group included nine people with a documented history of allergy and allergic reactions to either drugs, contrast media, or food.

“Among eight persons with follow-up information available, all had recovered or been discharged home,” the CDC said. All of the 10 strong allergic reactions were in women.
No allergy-related deaths were reported.

Several people required medical attention after receiving the first dose of the Moderna vaccine in California earlier this month. Some of these cases were reported by the local media as allergic reactions. The state briefly stopped using the vaccine, but then resumed its use after California’s top epidemiologist, Erica Pan, said health officials “found no scientific basis to continue the pause.”

As for the Pfizer/BioNTech vaccine, the CDC said that it triggered strong allergic reactions in 21 people (11.1 cases per million doses), after analyzing 1,893,360 first doses administered between December 14 and 23. As with Moderna, no allergy-related deaths were reported.