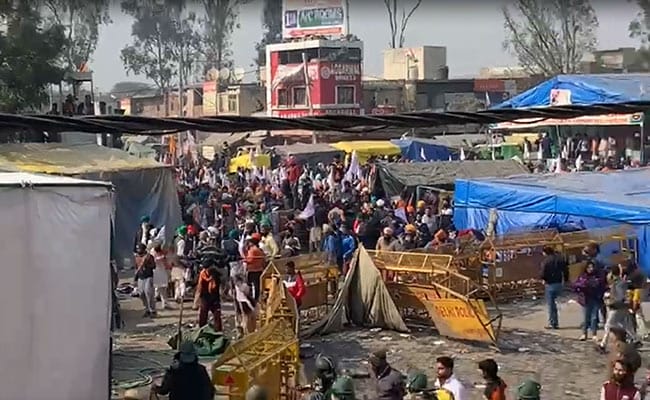 A group of people, not more than 200, threw stones and vandalised tents at the Delhi-Haryana border in Singhu, the epicenter of farmers’ protests for over two months. The sudden violence at the protest site this afternoon, which has been tense since the Republic Day violence, prompted the police to use tear gas shells and farmers to appeal for calm.

A police official was injured in the violence.

Two other key border points — Tikri and the Delhi-Uttar Pradesh border at Ghazipur – have also been placed under heavy security.

At the Ghazipur border in east Delhi, Rakesh Tikait’s Bharatiya Kisan Union (BKU) has called a “Mahapanchayat” or meeting amid a huge backlash over Tuesday’s violence during their tractor rally.

2 Killed, 4 Injured In Stampede At Concert In Bengal