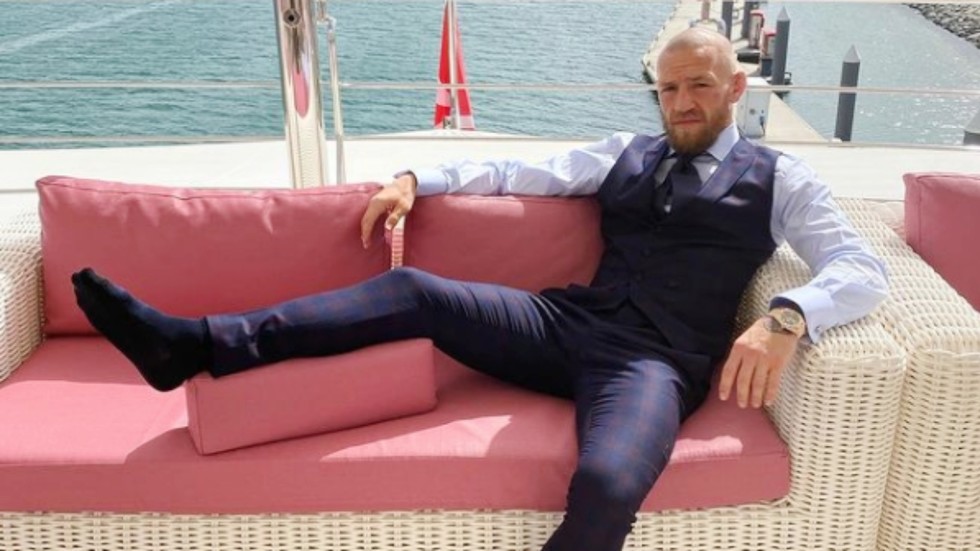 Beaten but not sunk, Conor McGregor made clear that his career is far from over as he thanked fans for their support via a message from a yacht after his loss to Dustin Poirier at UFC 257.

McGregor took to social media as he rested his injured leg following his second-round TKO defeat on “UFC Fight Island” and paid tribute to his opposite number as he laid the groundwork for a potential trilogy fight between the pair.

“Thanks for the support everyone!” he began.

“Was not my night/morning in there but a great contest to improve on.

“I’m excited at the blockbuster trilogy I now have on my hands. Dustin is a hell of a competitor and I look forward to going again.

“Elevating the leg and the spirit on my way home! God bless us all, happy Sunday.”

McGregor may have lost at UFC 257, but he still has a ton of fighting options as he looks to bounce back from defeat.

McGregor admitted during the post-fight press conference that his defeat to Dustin Poirier in the main event in Abu Dhabi was “heartbreaking,” and hailed his rival’s performance as “phenomenal,” before talk turned to what could be next for him.

“I’ll regroup, pick myself off the floor and go again. That’s it.”

As for potential next matchups, McGregor said there’s plenty out there to keep him in the mix.

There’s also still the potential for a return to boxing, with Manny Pacquiao thought to be close to agreeing a fight with McGregor for later in 2021. But McGregor said he was unsure whether that bout would now go ahead following his defeat.

“I always did want to focus on my MMA career, but I’m also open. I’ll see what happens,” he said.

“I don’t know what will happen. That Manny fight was happening. That was as good as done, so I don’t know.”

But, while he admitted he was unsure about what’s next, he made clear that he isn’t finished with the sport just yet, and declared some degree of pleasure from making his return, albeit in a losing effort.

“I got to come out here and do this fight here in the Middle East, put on a show for the people,” he said.

“I’ve done my best. Things don’t go your way at times. Pick yourself up and carry on. I’ve got a lot of good things going on in my life, so I just keep my head high. That’s it. Take the shots, take the licks, and just keep on going.”

And the Dubliner revealed he hadn’t closed the door on potentially going for another title in the UFC, saying that he just needs to be more active in the sport to make sure he’s in position to take advantage if and when the opportunity arises.

“Anything can happen in this business,” he said.

“As long as you stay active, as long as you compete, things shape around you. You show up, you reap the rewards, and that’s it.

“That’s what happened to Dustin tonight, and it’s what’s happened against me tonight. I’ll keep my eye on the prize, for sure.”