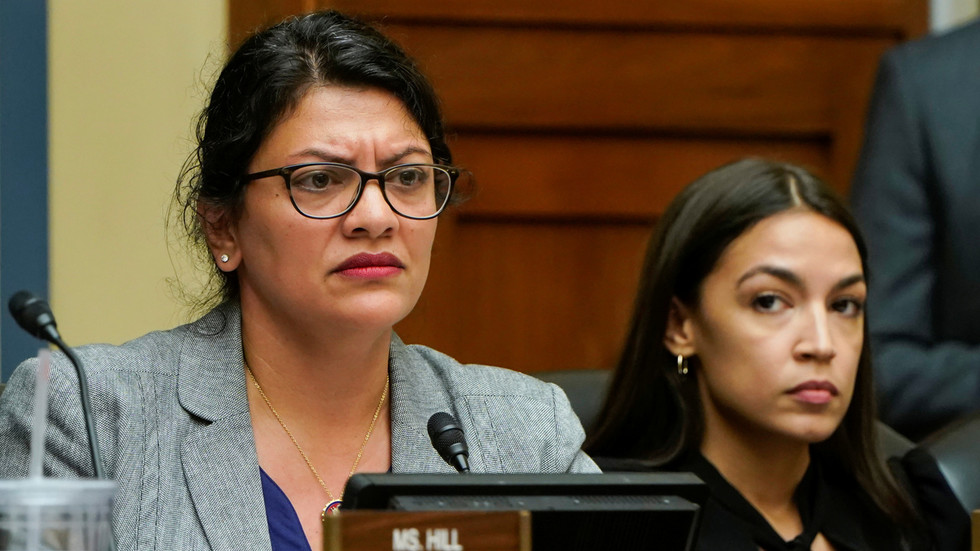 The amateur traders united through Reddit and Discord this week, causing hedge funds to lose billions of dollars by purchasing stock in companies such as GameStop, which Wall Street was betting against.

However, the ironically named Robinhood – which acted as one of the main platforms for the traders to purchase through – responded on Thursday by banning the purchase of the stocks in question, prompting allegations of a rigged and anti-free market.

Tlaib – a member of the progressive congressional ‘Squad’ – joined thousands of Americans condemning Robinhood and called for an official hearing on the matter, branding the trading app’s decision “beyond absurd.”

In a Twitter post, the Michigan congresswoman said the US House Committee on Financial Services needs “to have a hearing on Robinhood’s market manipulation.” She accused the app of “blocking the ability to trade to protect Wall St. hedge funds, stealing millions of dollars from their users to protect people who’ve used the stock market as a casino for decades.”

This is beyond absurd. @FSCDems need to have a hearing on Robinhood's market manipulation. They're blocking the ability to trade to protect Wall St. hedge funds, stealing millions of dollars from their users to protect people who've used the stock market as a casino for decades. https://t.co/CGkJxVfzkv

New York Congresswoman and fellow squad member, Alexandria Ocasio-Cortez followed Tlaib’s statement with her own, calling Robinhood’s actions “unacceptable” and declaring that more information was needed on the app’s decision to block trade.

“As a member of the Financial Services Cmte, I’d support a hearing if necessary,” she wrote.

Hey @GOP, why do I feel more represented by RASHIDA TLAIB than any of you "free market" conservatives today? https://t.co/751kr6Ojjn

Reddit Bros have ushered a spectacular moment of unity https://t.co/rMxsibcnHj

Squad-adjacent California Rep. Ro Khanna also condemned Robinhood in a statement on Thursday, calling for “more regulation and equality in the markets.”

“We’re done letting hedge fund billionaires treat the stock market like their personal playground, then taking their ball home as soon as they lose,” Khanna wrote, adding that the incident “showed how the cards are stacked against the little guy in favor of billionaire Wall Street Traders.”