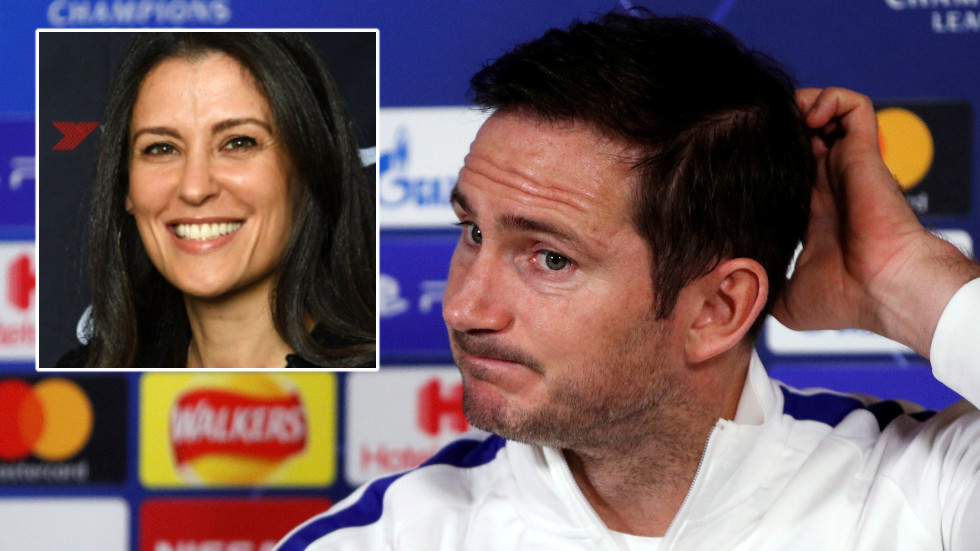 Silent treatment: Report claims Roman Abramovich ‘did not talk to Lampard for 18 months’ as Marina Granovskaia ran show at Chelsea

In a wide-ranging account of the tensions that reportedly led to the end of his time in charge, Lampard is said to have been sacked on Monday after Granovskaia – Abramovich’s most trusted deputy – deemed his questionable points-per-game ratio unacceptable.

Granovskaia, who oversaw Chelsea’s vast pre-season spending spree, was identified as having been present when Lampard, who she reputedly liked but had disagreed with over his squad, was sacked – in contrast to Abramovich, who The Telegraph said was absent and had not spoken to the former midfielder during his time in charge.

Describing Granovskaia as Abramovich’s “protege”, the revelations added that she had appointed Lampard in 2019 when “alternatives were scarce” and had wanted his desired clear-out of the older players in the ranks to be less drastic, while she also worked with data analysis chief Scott McLachlan and international scouting guru Matt Hallam to surmise realistic prices for transfer targets.

Lampard had apparently been keen on spending a significant sum on England and former Chelsea academy player Declan Rice, of West Ham. The signings of Leicester defender Ben Chilwell, Ajax playmaker Hakim Ziyech and Germany striker Timo Werner – a misfiring presence in attack so far at Stamford Bridge – were also at the request of the manager.

$100 million signing Kai Havertz would reportedly have been signed by whoever was in charge as a long-term club target, and new boss Thomas Tuchel will now try to bring the best out of the Germany midfield prodigy as the third manager to have been personally selected by Granovskaia after Maurizio Sarri and Lampard, the report said.

Granovskaia was credited with selling Eden Hazard and Alvaro Morata for top prices and earning Chelsea windfalls thanks to a clause in the sale of Romelu Lukaku, but chief football writer Sam Wallace also pointed out that Mohamed Salah and Kevin de Bruyne had been allowed to leave the club before becoming megastars.

“It is said that Chelsea is a political club but in reality those politics are very simple,” he suggested. “Granovskaia tells everyone what to do and then they do it.”

Lampard was also said to have had a poor working relationship with Petr Cech, his former title-winning teammate and the club’s relatively new technical and performance advisor.

Beleaguered Lampard seemed to suggest earlier this season that he did have brief personal communications with Abramovich from time to time, although he admitted that he had not spoken to the billionaire before being appointed and said that he did not necessarily need to speak to him to feel his support as he tried to steer his side to success.

Chelsea won a home league game for the first time this year to give Tuchel his first victory in charge on Sunday, producing a largely dominant performance to beat lowly Burnley 2-0.

Their in-form visitors held hopes of a comeback until the 84th minute, when Marcos Alonso produced a superb balletic finish to double a lead provided by the unlikely figure of captain Cesar Azpilicueta.

Alonso had been identified as one of the players Lampard was open to selling, and Tuchel’s decision to give the defender a rare start was almost as much of a surprise as his place on the scoresheet.

It ends 2-0 🔥 A dominating performance from the Blues today💪 #CHEBUR pic.twitter.com/TejBsdtFCk

I like what Tuchel is doing. He’s trying to avoid having disgruntled players in his team. But he should also remember that he’s working for a certain Roman Abramovich. Result is paramount!!!

This is why I grudgingly respect owners like Abramovich and wish we were owned by someone like that. When things aren’t good enough he doesn’t sit on his hands and watch it happen, he makes a change because he wants his club to be the best. He doesn’t want top 4 finishes.

“In the end, I could not care less,” Tuchel smiled when he was asked by BT Sport about any concerns over the unexpected matchwinners, conceding that he wanted to work on Chelsea’s approach in the attacking third of the pitch.

“We cannot expect that [Werner’s confidence] changes from one minute to the next, from one day to the other.

“He’s not the only striker in the world who is very sensitive when he does not score. No hugs or warm words can make up for this feeling. Maybe we need a silly goal that opens up that last percentage for him.”

If Wallace’s words about the importance of Tuchel to Granovskaia’s track record at the club are to be believed, she will be praying that the win is the first of many.

Github apologises for firing Jewish employee who warned about 'Nazis'

Covid pandemic: Biden to order all US adults be eligible for vaccine