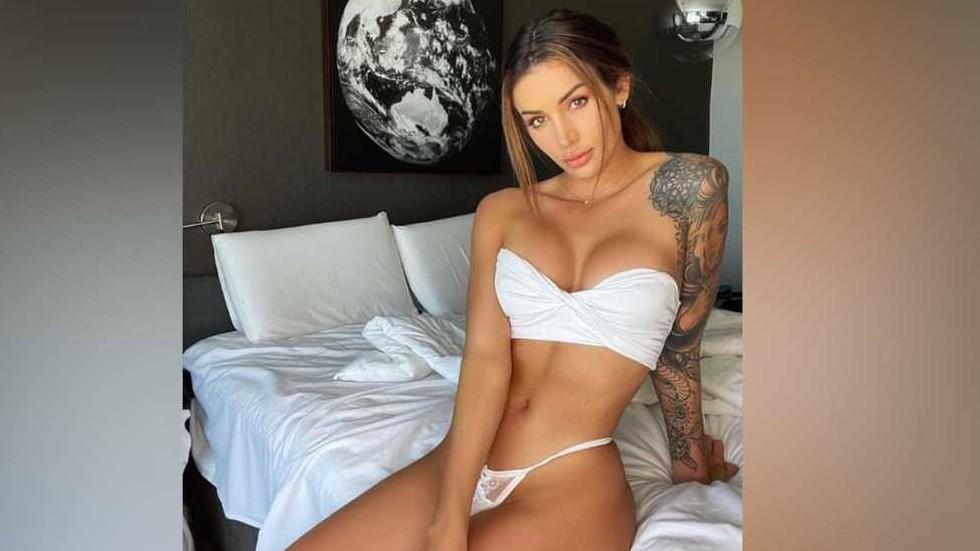 Model Vanessa Sierra has said she will be more “mindful” as the Instagram influencer apologized for comments made while she was in quarantine with boyfriend Bernard Tomic before the Australian Open.

Sierra provoked fury with a post in which she moaned about the supposed hardships of the pair enduring a Melbourne hotel quarantine ahead of the Grand Slam next month.

The clip – which included Sierra lamenting having to wash her own hair – was picked up by Aussie news channels and led to a vicious online backlash.

Aussie tennis star Nick Kyrgios claimed the 26-year-old OnlyFans model “had no perspective” as he fanned the flames of the row.

Sierra initially responded by asserting that the comments had been taken out of context, but the brunette has now issued an apology of sorts in a new YouTube vlog.

“During this time of Covid, a lot of people are going through sh*t and struggling. I’ve got to be more mindful… so for the people I offended, I do apologize,” Sierra said.

“It was not intended to upset anyone, it was just supposed to be lighthearted.”

The OnlyFans star reiterated that she had received death threats over the videos, claiming the hatred thrown her way had been “overwhelming.”

“My vlogs are intended for showing people my personal (life). I try and be honest and show people things as they are,” the model said.

“I don’t think I really complained (that much) other than about the food and I do apologize to the chefs, they’ve made a big effort to improve the food.”

Sierra has spoken about her experience of being cooped up in a hotel with her partner as protocols imposed by Australian Open organizers have infuriated a number of players.

One issue included the model revealing that she had not previously gone to toilet while in such close proximity to her tennis star boyfriend.

Elsewhere, some players have been deprived of any chance to practice, being forced into a complete two-week lockdown in hotel rooms after arriving on flights which were later found to have Covid-positive passengers on them.

Meanwhile, others such a men’s star Novak Djokovic and women’s icon Serena Williams have been far more fortunate and have been able to practice for up to five hours a day with far fewer limits on their freedoms.

Despite attempting to help, Djokovic was roundly criticized for his suggestions to assist his fellow players locked down in the most stringent conditions, with Kyrgios labelling him a “tool.”

The Australian Open gets underway in Melbourne on February 8, with the 28-year-old Tomic emerging through qualifying.

JoJo Siwa: YouTube star 'never been this happy' after coming out

Trump supporters turn up the heat on Marco Rubio with protest outside his home, demand that he challenge Biden’s electoral victory