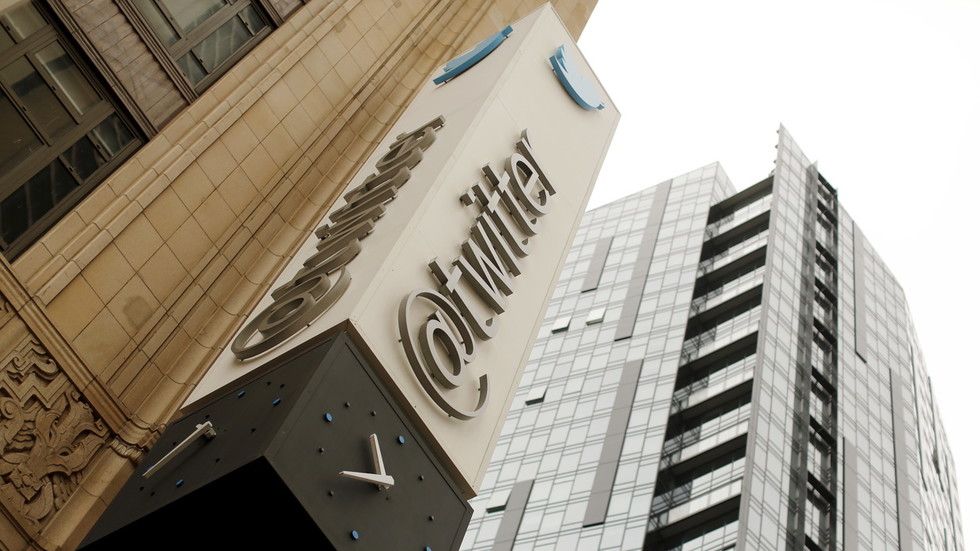 While Democrats and the online #Resistance rejoiced in Twitter’s decision to permanently ban US President Donald Trump, his yet un-purged supporters, independent journalists and even critics worried the step went too far.

Within minutes of Friday evening’s announcement that Trump would be “permanently suspended” because his tweets expressing support for his voters and refusal to attend Joe Biden’s inauguration “could be interpreted” as inciting and glorifying violence, ‘THANK YOU TWITTER’ and #TrumpBanned became the top trending topics in the US.

A number of people from across the political spectrum, however – from Trump supporters the platform still hasn’t gotten around to purge, to Conservatism Inc. critics, left-leaning journalists and NSA whistleblower Edward Snowden – saw the ban as a cause for concern.

The justification about the risk of further "violence" is total bullshit. This was a political calculation, and a capitulation to hysterical babies. If you are cheering it, you are an authoritarian dupe with the foresight of a fruit fly

“This was a political calculation, and a capitulation to hysterical babies. If you are cheering it, you are an authoritarian dupe with the foresight of a fruit fly,” said Tracey.

Snowden’s response was to post a link to the Wikipedia page for ‘Damnatio memoriae,’ an ancient Roman practice of erasing every trace of an individual from history, as if they never existed. It had been applied to a number of Roman emperors overthrown in palace coups, such as Caligula, Nero and Commodus.

Conservative activist Mark Dice reminded everyone that the censorship ramped up slowly over the years, with initial purges targeting “crazy Alex Jones” of Infowars.

2021: The President of the United States permanently banned from social media.

“In less than 12 months they closed our businesses, forced us to wear muzzles, kept us from our families, killed off our sports, burned down our cities, forcibly seized power, and shut down our speech,” tweeted Raheem Kassam, who co-hosts the War Room podcast with former Trump aide – also purged – Steve Bannon. “Then they accused us of the coup.”

In less than 12 months they closed our businesses, forced us to wear muzzles, kept us from our families, killed off our sports, burned down our cities, forcibly seized power, and shut down our speech.

Then they accused *us* of the coup. pic.twitter.com/Zu97jjOY6E

The president’s son, Donald Trump Junior, opted for a bit of whataboutism, noting that “the ayatollah, and numerous other dictatorial regimes can have Twitter accounts with no issue despite threatening genocide to entire countries and killing homosexuals etc…” before adding, “Mao would be proud,” referring to China’s first Communist leader Mao Zedong.

So the ayatollah, and numerous other dictatorial regimes can have Twitter accounts with no issue despite threatening genocide to entire countries and killing homosexuals etc… but The President of the United States should be permanently suspended.

Mao would be proud.

Journalist Glenn Greenwald, whose politics are on the Brazilian left, retweeted a screenshot of the account operated by Saudi Arabia’s Ministry of Justice, in reaction to a comment by Ryan Browne wondering “how Twitter can now justify not banning the leaders, ministers and propagandists of the world’s most repressive regimes such as Iran and China.”

Nikki Haley, former South Carolina governor and Trump’s first ambassador to the UN, also took aim at Beijing, writing that silencing people “is what happens in China not our country.”

Haley had fully embraced the Democrats’ accusations that Trump had “incited” Wednesday’s storming of the US Capitol.

Silencing people, not to mention the President of the US, is what happens in China not our country. #Unbelievable

The satirical outlet Babylon Bee posted an article claiming that Trump had snuck back onto Twitter disguised as ‘Chongald Xrump,’ a “PR rep for the Chinese Communist Party.”

Trump Sneaks Back On Twitter By Disguising Self As PR Rep For Chinese Communist Partyhttps://t.co/98m5kro8SR

Carl Zha, a Chinese podcast host, merely put up a photo of Twitter CEO Jack Dorsey along with “Sovereign is he who decides on the exception,” a quote from German philosopher Carl Schmitt, who endorsed Hitler’s rise to power.

That’s not much of an exaggeration, given that Big Tech companies’ employees donated overwhelmingly to the Democrats in 2020, and that a number of their executives are working with the Biden transition team.

Before Trump’s permaban on Friday, Facebook and Twitter had purged thousands of his supporters, including names such as Gen. Michael Flynn and Sidney Powell, with mainstream media reporters advocating for the move saying it was due to their association with “QAnon conspiracy theory” and Wednesday’s events at the Capitol.

‘We will not be SILENCED!’ Trump tweets from official @POTUS account after ban, posts scrubbed within minutes

Myanmar coup: How citizens are protesting through art

Faded force Conor McGregor can kiss goodbye to Khabib rematch – so what next for The Notorious after UFC 257 defeat?