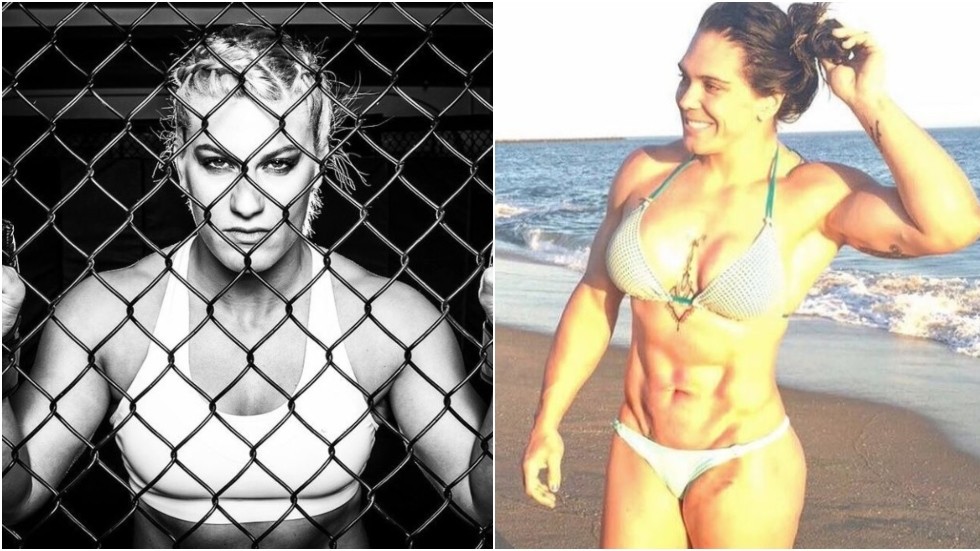 The trouble with being a heavyweight in women’s MMA is that there isn’t a long list of potential opponents but undefeated ‘She Hulk’ Gabi Garcia has laid down a gauntlet to Kayla Harrison, described by some as the ‘Female Khabib’.

Brazil’s Garcia, who stands at 6ft 2in tall and has registered a weight of 235lbs in the past, has been indomitable throughout her seven professional mixed martial arts fights to date.

The Brazilian Jiu Jitsu black belt has been outside the first round just once to date in her career – largely, some say, due to a lack of opponents to match her fearsome frame.

This accusation has certainly been evident in some of her fights, contests which could suitably described as being part of the ‘Freak Show’ style of matchmaking so prevalent in Japanese MMA.

A case in point for this was Garcia’s 41-second drubbing of 50-year-old former pro wrestler Yumiko Hotta as part of RIZIN’s year-end show in 2016.

Now, though, Garcia seems to be looking for a sterner test and has issued a challenge to another fighter whose size has perplexed matchmakers in the past: Kayla Harrison.

American double-Olympic judo champion Harrison, who is 8-0 in her career, is thought to be the finest female lightweight (155lbs) on the planet but, like Garcia, has struggled to align herself with the type of competition in which her skills might be suitably tested.

i am waiting 3 years for @KaylaH tell me how much she wants me to cut weight to accept the fight!
just excuses and joke here!#rizinff #pfl

@KaylaH I made more money than you winning without a sweat but now you are disrespecting the other girls I fought!
do you want to put your single million and I will put a million also to make this fight? or will you make an excuse
u are a joke! pfl made this gp easy for you

Sensing opportunity, Garcia but Harrison on blast recently by referring to her as a “joke” which prompted a terse reply from Harrison in which she questioned the type of competition that Garcia has faced in her career to date.

“We talking real fighting now not some staged fight,” Harrison wrote online in response. “How about beat someone that isn’t picked from the old folks home and has a real heartbeat and then you can put my name in your mouth. Until then watch me win another mil.”

Garcia subsequently said that the lowest she could drop to to face Harrison would be around 183lbs – a size still significantly up on Harrison’s fighting weight – but would happily put up a sum of $1 million on the line if it meant securing the fight.

For the fight to be reality, it could only occur with Garcia at her absolute lowest weight possible and Harrison at her most bloated in a fight which would essentially be the equivalent of Stipe Miocic dropping two divisions to fight Khabib Nurmagomedov.

While that particular example would never happen for myriad reasons, the hands of both Garcia and Harrison could potentially be forced in the absence of more robust competition elsewhere – and the idea of a sizeable wager being on the line too would surely spike fight fans’ interest across the globe.

Northeast coast of US hit with massive internet outage, from Boston to DC

Nancy Pelosi is re-elected as US House speaker after AOC and other 'Squad' members swallow hard, avert giving gavel to Republican

Biden approves US airstrike on Iran-backed militias in Syria

‘Guardiola has something special about him’: Lionel Messi ignites Man City transfer speculation AGAIN as he heaps praise on Pep