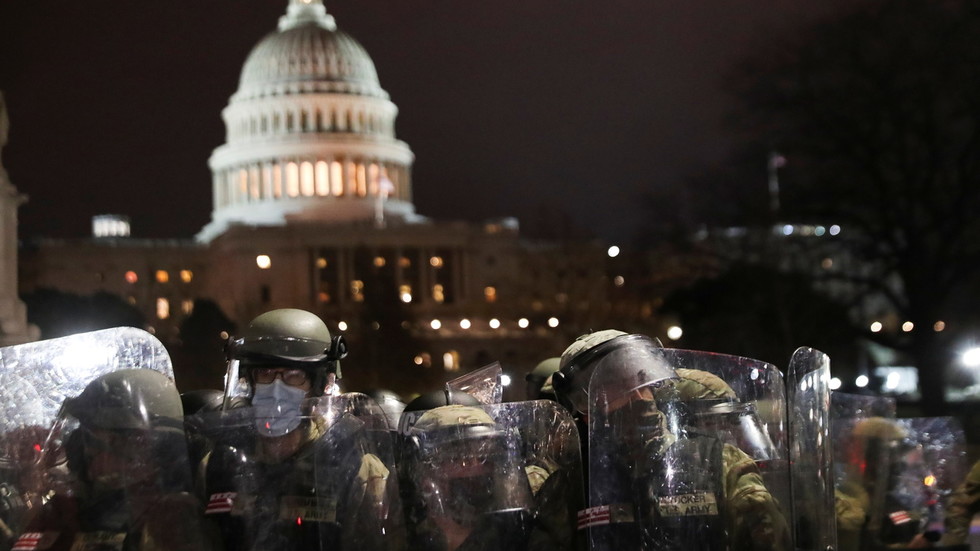 Lawmakers have gathered to continue certifying Electoral College votes for the 2020 race, reconvening at the Capitol hours after a massive group of demonstrators stormed the building, prompting an evacuation of officials.

The House and Senate made another attempt to certify votes around 8pm on Wednesday night, resuming the process following an eruption of violence in Washington, DC, which saw hundreds of Trump supporters storm the Capitol, occupying the chambers for several hours before they were cleared out by law enforcement.

While a number of GOP lawmakers had planned to object to the vote certification, alleging irregularities in the presidential race, asked about the matter before Congress regrouped, Republican Senator Rand Paul (Kentucky) said he did not expect any objections the second time around.

“In consultation with [House Majority Leader Steny Hoyer] and [House Whip Jim Clyburn] and after calls to the Pentagon, the Justice Department and the Vice President, we have decided we should proceed tonight at the Capitol once it is cleared for use,” House Speaker Nancy Pelosi said in a statement ahead of the second effort to certify.

Today, a shameful assault was made on our democracy. It was anointed at the highest level of government. It cannot, however, deter us from our responsibility to validate the election of Joe Biden.

Security forces clad in heavy body armor were stationed near the Senate floor on Wednesday night, with piles of gear seen strewn across the building’s hallways. House Democrat Caucus Chairman Hakeem Jeffries earlier reported that the Capitol had been cleared, and that lawmakers would return “when it is safe.”

Capitol police body armor staged in the basement hallway where we usually talk to Senators. pic.twitter.com/Pv83419IjB

Staffers were reportedly allowed back inside through underground tunnels, seen in a photo shared on Twitter by NBC correspondent Garrett Haake. Senate Majority Leader Mitch McConnell (R-Kentucky) is expected to address the day’s events when the body reconvenes, according to Fox News’ Jason Donner.

Staff being let back into the Capitol through the tunnels pic.twitter.com/IuAq6PapoH

One woman was fatally shot as rioters attempted to breach the Senate chamber, captured in disturbing footage circulating online. She was seen leaving the building on a stretcher and later died of her injuries, according to law enforcement sources cited in media reports.

A 6pm curfew was ordered across the nation’s capital amid the chaos, as well as in nearby Arlington and Alexandria, Virginia, where Governor Ralph Northam has also declared a state of emergency. DC’s National Guard unit was “fully activated” to assist local police.

Legislators had only just begun the certification process when the violence erupted, part of the formal procedure to transfer power to President-elect Joe Biden. President Trump and his supporters maintain the 2020 race was plagued by extensive voter fraud and had repeatedly called on Republican lawmakers, as well as Vice President Mike Pence, to challenge the Electoral College count. Pence, however, signaled earlier on Wednesday that he would not do so, arguing he lacked the authority to invalidate votes. His refusal, however, did little to calm the swarm of Trump supporters gathered outside the Capitol on Wednesday afternoon.

Trump blocked from Twitter for 12 hours after appeal to rioters

Can rebel Republicans overturn the election?

Biden inauguration: How the White House gets ready for a new president