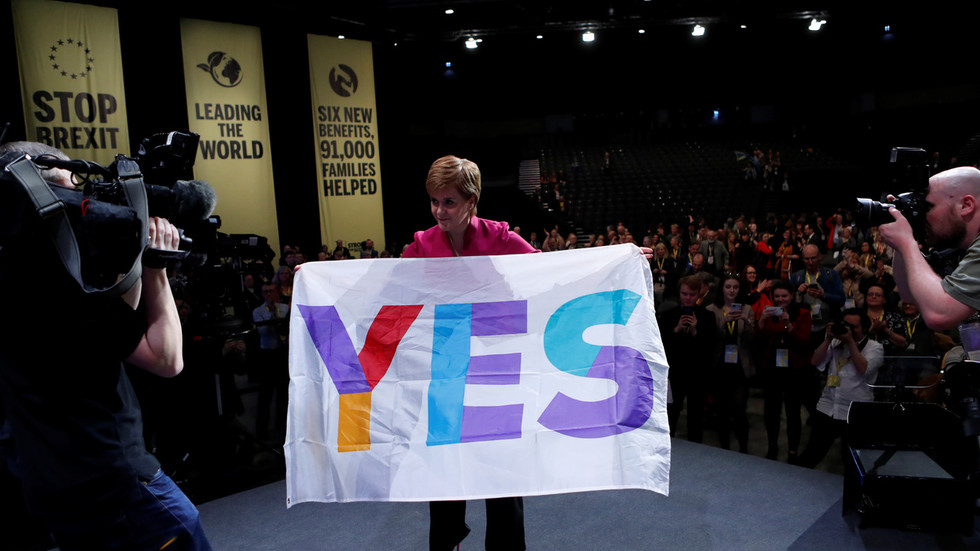 The uber-woke Scottish National Party has voted to reserve spaces at the top of its list for electoral candidates who “self-identify” as disabled or minorities…even after being told that such a move is likely illegal.

The SNP’s National Executive Committee (NEC) met on Sunday to decide which candidates would run in the country’s parliamentary elections this May. The NEC voted in favour of reserving places atop the list for candidates from BAME (Black, Asian and Minority Ethnic) backgrounds in four of the party’s eight regional constituencies, and for disabled candidates in the other four.

Presumably, no checks will be carried out on these candidates, with their “self-identification” enough to earn them the top spot on the list.

The proposal wasn’t a new one, and had been suggested within the NEC before Sunday’s meeting, according to Wings Over Scotland, a pro-independence political blog. The party even hired a legal counsel to advise them on the legality of the move, and the counsel’s six-page report – leaked to Wings Over Scotland on Sunday – concluded that the proposal was “of very dubious legality and is likely to be struck down by the courts if challenged.”

Nevertheless, the NEC voted to proceed with the proposal, with Chairperson Kirsten Oswald breaking a tie.

In practice, the proposal would mean that when the party votes on its candidates before the election in May, a first-place candidate could be pipped by a tenth-place candidate, by virtue of the tenth-place candidate identifying as black, Asian, or even asthmatic. A number of candidates thought to be in the running in May have already posted about their disabilities online, from the Inverness councillor with borderline personality disorder and PTSD, to the North East regional hopeful with Tourette’s syndrome.

The proposal is not unusual for the SNP, whose leader, Nicola Sturgeon, released a video last week speaking out against the supposed “transphobia” within the party. Scotland’s Justice Secretary Humza Yousaf has also pushed a controversial hate crime bill that would criminalise offensive speech even within citizens’ homes.

The party’s latest move ruffled feathers among some SNP members. Inverclyde councillor Chris McEleny described it as one “of the most incompetent moves in the history of @theSNP,” claiming that it would “block disabled people and BAME people being elected for the SNP in 50% of the country, [and] people that aren’t disabled/BAME have been blocked from election in 100% of Scotland,” a reference to how, under the new proposal, a BAME candidate would be blocked from the top spot in a disabled constituency, and vice versa.

In 1 of the most incompetent moves in the history of @theSNP ,today @kirstenoswald used a casting vote to block disabled people & BAME people being elected for the SNP in 50% of the country, +people that aren’t disabled/BAME have been blocked from election in 100% of Scotland.

Glasgow MP Alison Thewliss defended the proposal, saying it would “further the cause of underrepresented groups.” Thewliss also lashed out at whoever leaked the legal report to Wings Over Scotland, accusing them of undermining “the cause of independence.”