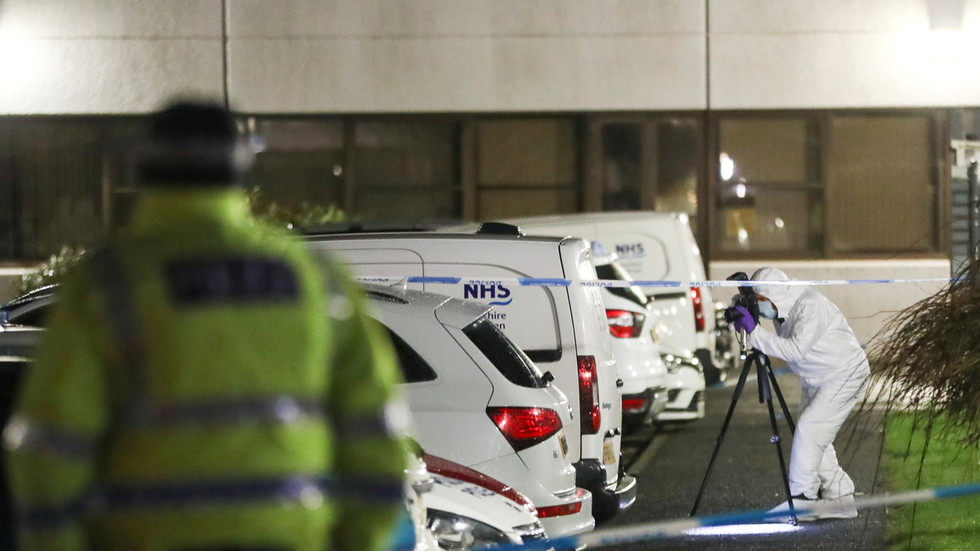 Police in Scotland are investigating after three people were killed in separate but related incidents that forced a hospital in Kilmarnock into lockdown.

A 39-year-old female member of staff at University Hospital Crosshouse was fatally stabbed in the car park outside at roughly 7.45pm local time on Thursday evening. The facility was forced into a three-hour lockdown while police officers secured the area, Crawford McGuffie, medical director at NHS Ayrshire and Arran, confirmed.

Some 20 minutes later, a 24-year-old woman was stabbed on Portland Street, and later succumbed to her injuries while undergoing emergency treatment.

At approximately 8:30pm local time, a 40-year-old male driver was pronounced dead at the scene of a crash on the C50 road.

In a statement, police said the three linked incidents are not being treated as terrorist-related.

“There is no cause for concern for the wider community,” police said. Detectives are not looking for any additional suspects.

Scotland’s justice minister, Humza Yousaf, asked the public to avoid the areas while police examinations are carried out and offered his condolences to the families of the victims of the “horrific incident.”

Diversions remain in place in the town centre and areas surrounding the scene of the crash.

UK registers WORST day of Covid fatalities, with 1,820 more deaths as Johnson warns of ‘more to come’ due to wave of new variant

Britain is immunising ‘140 people per minute’ against Covid-19, but vaccine production is ‘lumpy,’ minister says