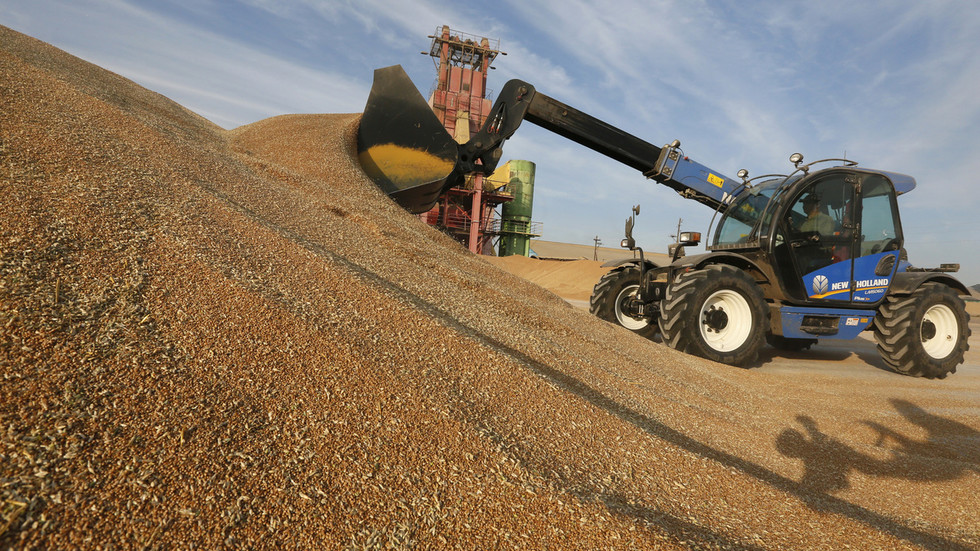 Russia has sold 26.3 million tons of wheat since the beginning of July 2020 through January 14 2021, marking a 22.6 percent surge against the same period a year ago, the latest data by the country’s agricultural ministry shows.

Overall, grain exports have totaled 31.5 million tons since the beginning of the season till the middle of January, fixing a 28.8 percent year-on-year growth, according to Federal Customs Service’s figures, which omit data related to mutual trade between the members of the Eurasian Economic Union (EAEU).

Sales of barley more than doubled over the indicated period and totaled 3.7 million tons, while exports of corn soared 21.4 percent to 1.2 million tons.

Earlier this week, the Rusagrotrans analytical center published a less optimistic outlook, saying that the current season may result in a sharp decrease of Russia’s wheat exports. The plunge is expected due to high domestic prices along with looming exports limits and export tax for certain grains, including wheat, rye, barley, and corn.

The measure will come into force on February 15 and remain in effect till the end of the season.

According to Igor Pavensky, director of the strategic marketing department at Rusagrotrans, exports of wheat may drop twofold against the previous month as early as February. The analyst expects the exports of grain to amount to 3.5 million tons in January, including three million tons of wheat.

US cyber-attack: Around 50 firms 'genuinely impacted' by massive breach

Haunting images of America's painful past