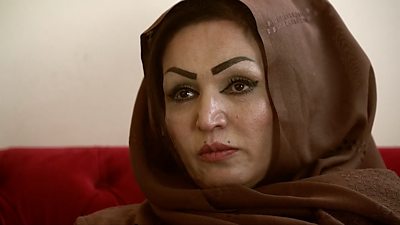 There’s been a series of targeted killings of journalists, activists and people in government jobs over the past few months in Afghanistan.

One of the few to survive an assassination attempt is Saba Sahar. She is one of Afghanistan’s first female film directors, as well as being an actor and police officer.

Violence is surging in Afghanistan, even as the government is holding peace talks with the Taliban, and foreign troops are withdrawing.

That’s left many like Saba worrying about the future of their country.

Reporter who tried to cancel NFL coaching candidate for anti-gay remark in college is outed for his own racist, homophobic tweets