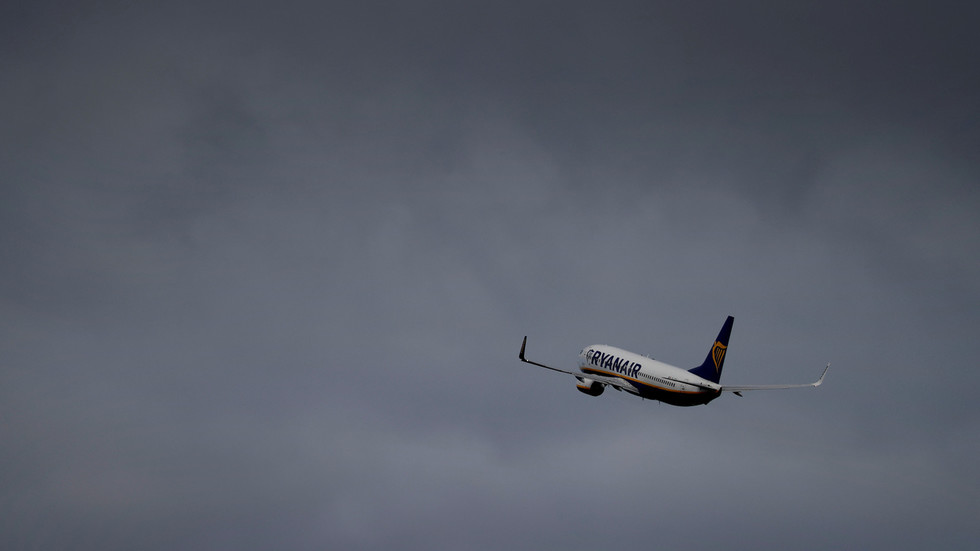 European carrier Ryanair said on Monday it expects this fiscal year to be “the most challenging” in its 35 year-history, with the budget airline on track to lose close to €1 billion ($1.2 billion) as a result of the pandemic.

That would be around five times larger than its previous record annual loss, posted in 2009. The company reported a net loss of €306 million (over $371 million) for the three months ending in December.

“Covid-19 continues to wreak havoc across the industry,” Ryanair said in a statement, adding that Christmas and New Year traffic “was severely impacted” by travel bans imposed on UK travelers in late December. The airline’s passenger traffic plunged by 83 percent in the last month of 2020.

The carrier “expects the latest lockdowns and pre-arrival Covid test requirement to materially reduce flight schedules and traffic through to Easter.”

The recovery should accelerate in July and September, the second quarter of the airline’s financial year, before returning to between 70 percent and 90 percent of normal levels between October and March, according to Chief Financial Officer Neil Sorahan. “We hope to be getting back to some kind of normality [in the winter],” he added.

Covid vaccines: Why some countries will have to wait until 2022