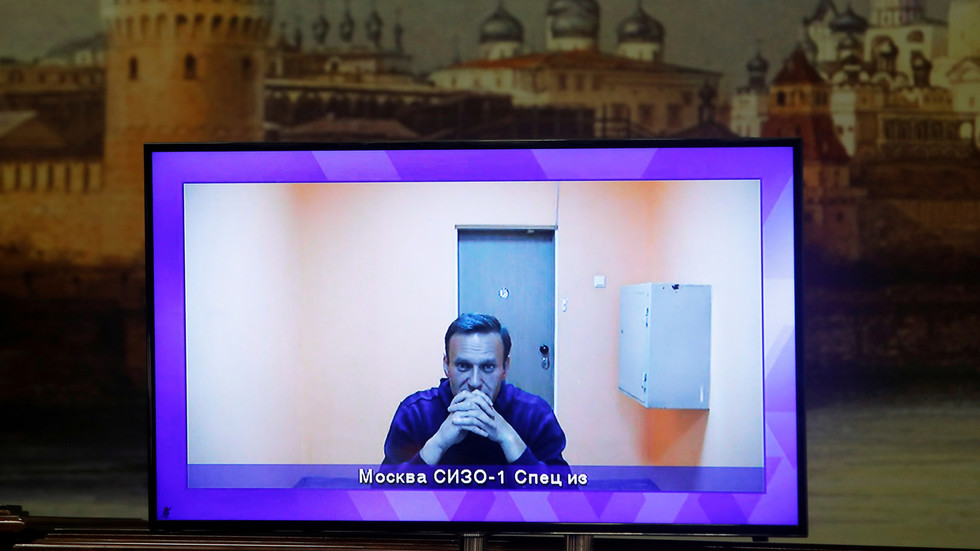 The Office of the Prosecutor General has said it will back a request by the Russian prison service to imprison opposition figure Alexey Navalny over allegedly breaking the conditions of his probation on several occasions.

On Tuesday, a court in Moscow will review a case brought against Navalny by the FSIN, the prison service. It argues that his suspended prison term needs to be replaced with a real one, because throughout the previous year, he has not followed the terms of his probation. The Prosecutor General’s Office told journalists on Monday it supports the request.

In 2014, Navalny was sentenced to a suspended term in an embezzlement case, which also involved his brother. He claims the charges against them were fabricated for political reasons.

The probation period expired at the end of 2020. According to the FSIN, Navalny failed to show up last year to confirm his status several times before leaving Russia in August for medical treatment. After being released from a German clinic in September, he failed to inform his probation supervisor about his whereabouts in due order, the case alleges.

Navalny is also the subject of a defamation case over remarks he made last June about people supporting amendments to the Russian Constitution, including a 94-year-old WWII veteran.

The opposition activist called the people “sellouts.” The yet-to-be-resolved case may be considered by the judge as relevant to Navalny’s probation situation.

The anti-corruption activist left Russia after what he believes to be an attempt on his life by Federal Security Service (FSB) agents. He was arrested on January 17, the day he returned to Moscow, at the FSIN’s request. His supporters have staged protests in numerous Russian cities for two consecutive weekends, demanding his release. The Russian government has denied it attempted to kill Navalny, and said he was working with foreign intelligence services to smear the country.

Myanmar's coup: Why now - and what's next?