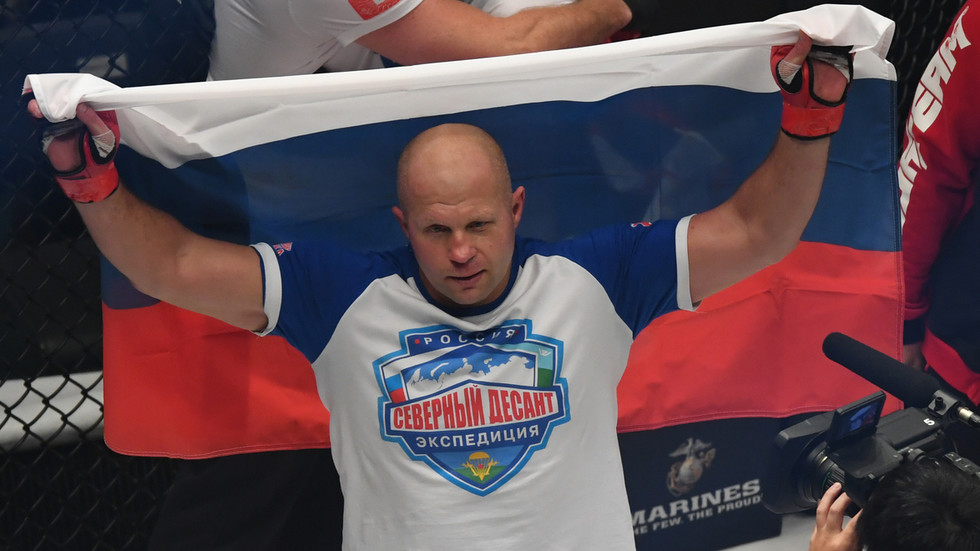 All-time great MMA heavyweight Fedor Emelianenko has been released from a Moscow hospital less than a week after being admitted following a diagnosis of Covid-19, according to reports.

It was revealed last week that Emelianenko, 44, was being treated as Moscow’s Clinical Hospital No. 52, a facility which specializes in the treatment of patients suffering from the virus.

“Thanks to all who are genuinely concerned for my health,” Emelianenko had told fans on social media. “I feel fine, I am going into recovery. I’m grateful to the doctors and medical staff for their care and hard work.”

But now, six days after the first reports that he had been admitted to hospital, reports in Russia states that the former PRIDE heavyweight champion and nine-time Russian combat sambo champion was released on Monday.

Considered by many to be the greatest heavyweight in mixed martial arts history, Emelianenko was also the most feared fighter in a sport known for its intimidating characters. However, while other athletes would embrace all manner of tactics to gain a psychological edge on their opponents, Fedor’s quiet stoicism held him apart from many of his peers.

He never engaged in “trash-talk“, nor would he ever generate negative headlines outside of the ring – but inside of it, he was near unstoppable in his prime.

His run through the heavyweight division of Japanese promotion PRIDE, where he defeated the likes of Mirko Crop Cop, Mark Coleman and Antonio Rodrigo Nogueira, was legendary – as was his run of 33 fights without clear defeat (he lost via cut stoppage early in his career) which finally came to an end in the summer of 2010 when he tapped to a Fabricio Werdum triangle choke.

In his latter career, Emelianenko remains dangerous. He was victorious in his most recent fight, a 2019 clash with fellow PRIDE alum Quinton ‘Rampage’ Jackson, and hasn’t yet indicated that he has called time on his career despite being out of action for more than a year.

The ongoing coronavirus public health crisis has already left a black mark on Russian MMA after the death last July of Abdulmanap Nurmagomedov, father and mentor to UFC champion Khabib, who passed away in a Moscow hospital after suffering complications from the virus.

Vladimir Voronov, Emelianenko’s coach since he was a boy, also passed away due to the virus just three weeks later.

Wilmington 1898: When white supremacists overthrew a US government

U.S. military ‘readiness’ at risk as coronavirus rips through ranks