Home > WORLD > ‘Russiagate’ lives on: Donald Trump was a Soviet spy recruited decades ago by KGB, according to conspiracy-loving Western media 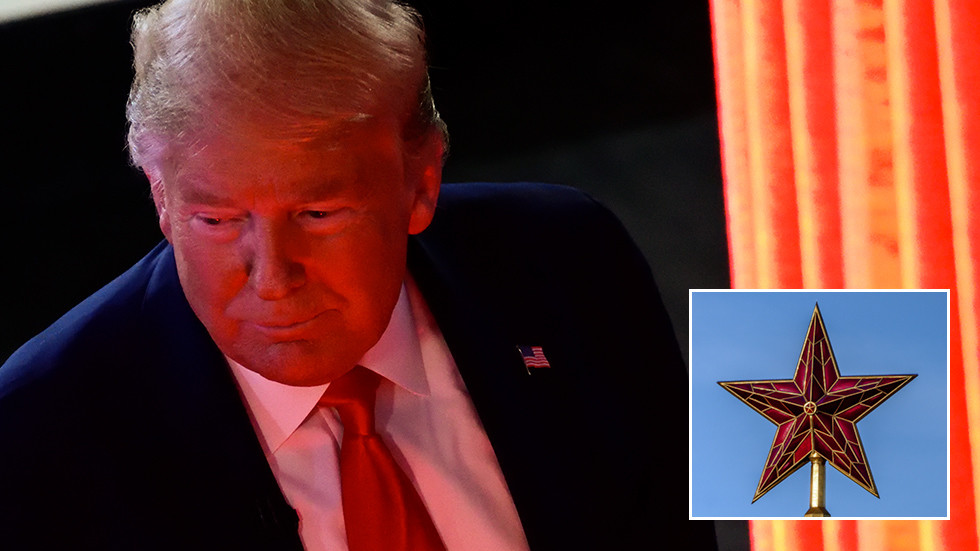 Donald Trump’s rise and fall as the most powerful man in the world was one of the shock stories of the century. However, explosive claims picked up by Western media now suggest there was a secret masterplan behind it all along.

Yuri Shvets, a former major in the Soviet Union’s KGB spy service – which disbanded 30 years ago – has told Western journalists that spooks built a relationship with Trump for more than four decades, long before his first presidential run. Speaking to the UK’s Guardian newspaper last week, the former spy said that there were examples “where people were recruited when they were just students and then they rose to important positions.” “Something like that was happening with Trump,” he added.

How the luxury-loving arch-capitalist supposedly came to fall for the austere Soviet Union and began his purported life in a sleeper cell is unclear. By all accounts, the one-term president was hardly an ideological socialist. In December last year, for example, he slammed Twitter for adding disclaimers to his tweets, saying it was “Very dangerous for our Country” and asking, “does Congress know that this is how Communism starts?” Presumably he hadn’t meant that as a positive thing.

In his new book ‘American Kompromat’, US reporter Craig Unger – no stranger to Russia-related conspiracies – delves further into the theory. Relying on Shvets as a source, he claims that Trump popped up on the radar of the KGB in 1977 after marrying his first wife, Ivana Zelnickova, who came from the Czechoslovakian Soviet Republic. Assuming that his love for Eastern European models would inevitably translate to support for bushy-eyebrowed communist leader Leonid Brezhnev, a native of Ukraine, Trump quickly became a recruitment target.

Another damning piece of evidence, cited by the Guardian, was that Trump once bought 200 television sets for his plush Grand Hyatt Hotel from a Russian emigre, Semyon Kislin. But far from just doing him a deal on electronics, Kislin oversaw a charm offensive aimed at ensnaring the future president. Shvets said that the KGB “had collected a lot of information on his personality so they knew who he was personally. The feeling was that he was extremely vulnerable intellectually, and psychologically, and he was prone to flattery.”

So, when Trump did eventually, unexpectedly become president, it will have undoubtedly shocked Shvets to see no red flag being raised above the West Wing of the White House. Likewise, if the reports are to be believed, America would have been fortunate to escape seeing Alaska or, say, California, being handed over to a revanchist Soviet Russia.

How Shvets gained access to the explosive news that a US president was turned by the KGB is unclear. He had worked in Washington from 1985-87, and moved to America in 1993, just two years after the fall of the Soviet Union, and would presumably have had little access to sensitive intelligence since then. Likewise, why this colossal secret had not emerged before now, despite the number of ex-spies living abroad and writing books about their time in the service, is also not explained.

The sensational claims have since been picked up by the Independent, Business Insider, and a host of other news outlets. However, it is far from the first time Trump has been accused of a cloak and dagger relationship with Moscow, with the Washington Post asking in September last year, “is Trump an agent of Russia?” The analysis concluded that the question was still “unanswered.”

Politico had also previously reported that, for his first visit to Moscow in 1987, Trump’s trip was organized by the Soviet Union’s top brass as a potential diplomatic opportunity. Such visits – standard practice at the time – were often public relations opportunities for the state, as well as a chance to forge ties with useful Westerners.

Shvets says that, once there, Trump was fed KGB talking points and told how he should one day stand for public office. However, the property magnate, who had never run for office and had very limited political connections, would have been an interesting choice of target for recruitment as an agent of influence, or a speculative Manchurian candidate.

Even if the extraordinary tale were true, and Trump had been operating as a Russian spy since the Soviet era, it is hard to see how Moscow got its money’s worth. While as president he initially adopted a less hostile tone and opened up the prospect of closer relations between the two countries, in practice, his administration oversaw ties sinking to new lows. A number of bilateral agreements, such as the Cold War-era ‘Open Skies’ mutual surveillance treaty, were torn up by Washington during his tenure, with officials in Moscow expressing serious concerns about the prospect of a return to hostility and a lack of transparency as a result.

By contrast, new US President Joe Biden couldn’t be further away from the stereotype of an American Soviet sympathizer. However, the veteran Democrat, who once called Russian President Vladimir Putin a “KGB thug,” has already overseen a thawing in relations since Trump departed the White House. Last week, the Kremlin announced it had done a deal with Biden’s team to save the New START atomic weapons pact, which had almost been allowed to expire under his predecessor. Biden himself once claimed he had met Brezhnev on a trip to Moscow. However, although the meeting is now said to have never taken place, few have questioned whether the new president’s dodgy story was a cover for secret spy training.

While the latest round of allegations is light on evidence, it hasn’t stopped conspiracy-loving commentators from getting excited about the notion of a high profile defector, like a Kim Philby or an Aldrich Ames sitting in the Oval Office. However, the chances of seeing Trump given a ticker tape parade on his triumphant defection to Moscow don’t seem particularly high for now.