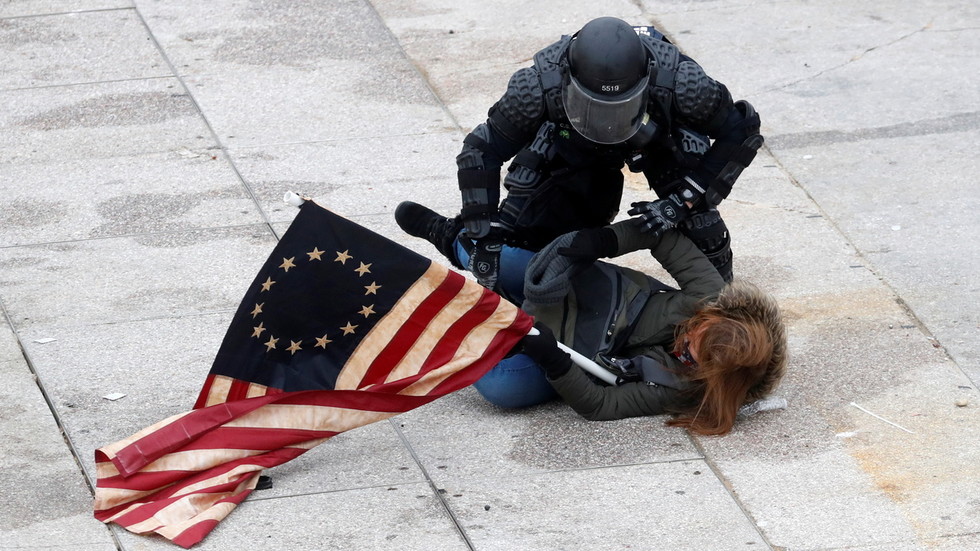 Having spent four years insisting Russia ‘hacked’ the US elections for President Donald Trump, some prominent Democrats are now blaming Moscow for Americans who stormed the US Capitol protesting the 2020 results.

As thousands of Trump supporters gathered in Washington, DC on Wednesday for a ‘Stop the Steal’ rally and Congress met to certify the Electoral College votes that would make Democrat Joe Biden the next US president, a group of protesters stormed the Capitol and interrupted the lawmakers.

So naturally, former President Barack Obama’s adviser Ben Rhodes declared it was a day “Putin had waited for” since the Cold War. Other blue-checkmark activists echoed the sentiment.

What the hell is wrong with these people? pic.twitter.com/CrcwLEtAmV

“Putin won,” declared Robert Reich, who had been Bill Clinton’s secretary of labor. His tweet prompted African-American activist Margaret Kimberley to quip, “No, this is America.”

“If Putin didn’t exist liberals would invent him,” added Kimberley.

Putin won? No. This is America. By the way, this is what America does to other countries trying to exercise their sovereign rights.
If Putin didn't exist liberals would invent him. https://t.co/Spfb5rZ4Uk

Hillary Clinton’s campaign came up with the accusation that Trump was “colluding” with Russia as an election tactic in 2016, and funded a dossier compiled by a British spy based on rumors and wishful thinking to suggest that.

This ‘Russiagate’ conspiracy theory was later used to justify Clinton’s loss to Trump and conduct a two-year investigation by special counsel Robert Mueller that effectively neutered his presidency. Mueller found no evidence of “collusion” with Russia, and while accusations that Moscow ‘hacked’ the Democrats to make Clinton look bad have persisted, no evidence has ever been offered for them either.

EU backs away from Venezuela’s Guaido, joining US president-elect to suggest opposition leader is done

With no sign of US returning to fold, Russia is preparing to withdraw from 'Open Skies' treaty – Foreign Ministry