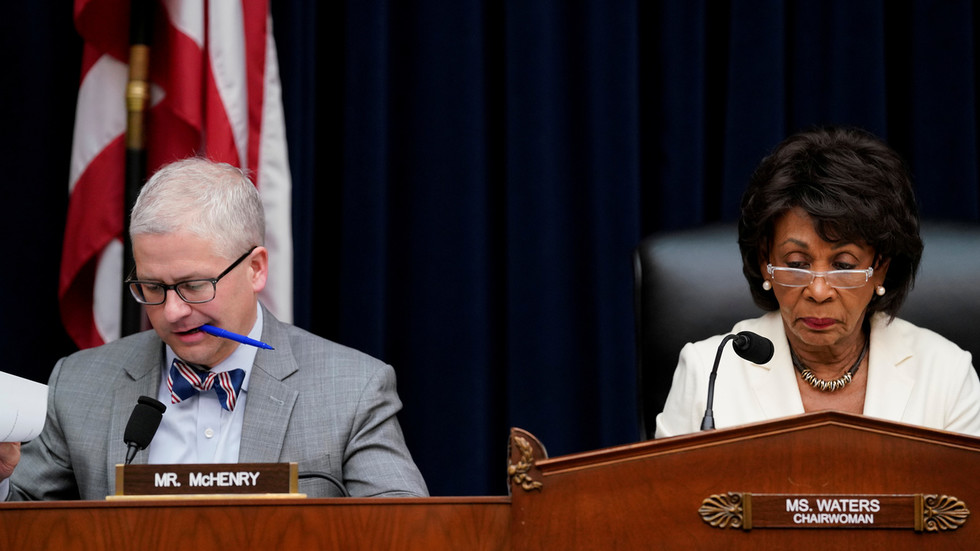 Robinhood co-founders channeled the maximum sum allowed to the campaigns of the chiefs of the House Committee on Financial Services last year, it has been revealed. The panel is poised to investigate the GameStop craze.

Federal records, dug up by the media in light of the continuing massacre of hedge funds by retail investors using trading apps like Robinhood and Webull, has showed that Robinhood CEO Vlad Tenev and the app co-founder Baiju Bhatt contributed $2,800 each to the campaigns of Maxine Waters (D-CA), Chairwoman of the House Committee on Financial Services, and top Republican on the committee, Patrick McHenry (R-NC), last October.

Under the federal law, $2,800 is the maximum allowed amount an individual donor can contribute to a candidate’s committee in the current election cycle.

Apart from this, both Tenev and Bhatt funneled $1,200 each to Innovation Political Action Committee, linked to McHenry, and to People Helping People, which, in turn, is associated with Waters. Tenev and Bhatt also donated $2,800 to WINRED, an online fundraising platform, endorsed by the Republican National Committee.

Sorry to any Robert McHenrys, this should be Patrick McHenry. Thx to @ff_ff8008ff_ff for the correction.

All of the contributions were made in the span of several days in October and appear to be the only political activity from the Robinhood execs to have ever left a footprint in the federal records.

The scoop was first reported by Mediaite and the Intercept’s Jon Schwarz on Saturday, two days after Waters announced the committee will hold a hearing “on short selling” and “online trading platforms” in view of the Gamestock and other heavily shorted stocks trading bonanza.

Reached by Mediate, spokesperson for Waters did not provide additional comment on what some critics deem a potential conflict of interest, citing her only statement on the issue instead.

I'm sure they're not expecting anything in return for those donations. pic.twitter.com/oDSngIlPzC

Spokesman for McHenry dismissed the notion that the lawmaker could be biased in favor of the trading app, saying:  “Rep. McHenry’s official actions have nothing to do with his political activities.”

In a statement on Thursday, Waters said that the focus of the hearing, the date for which has not been set yet, will be “the recent activity around GameStop (GME) stock and other impacted stocks with a focus on short selling, online trading platforms, gamification and their systemic impact” on the markets

Waters did not mention any trading platforms or hedge funds by the name. However, Robinhood traders, congregating on such platforms as Reddits’ WallStreetBets community, are seen as the main “culprits” behind the soaring stock prices of the companies like GameStop, BlackBerry and AMC Theatres, otherwise generally considered to be on the verge of demise.

Robinhood caught a lot of flack after the online brokerage severely restricted investors’ ability to speculate, imposing one share limit on a whopping 50 stocks, including that of GameStop and other “stonks” on Friday.

In addition to the barrage of criticism, the company also drew calls to investigate it for market manipulation, after it shut down trading in GameStop ($GME), BlackBerry ($BB), and AMC ($AMC) shares earlier this week, before coming up with a one-share limit.

Facing backlash from retail investors, Tenev insisted that he did so to abide by “regulatory requirements” on volatility, and maintained that his company’s connection with the firm Citadel Securities and related hedge fund Citadel LLC has nothing to do with the move. Citadel, which bailed out Melvin Capital after it suffered major losses in the GameStop debacle, also denied any link to the halt in trading.

Coronavirus in Algeria: 'No-one could travel to say goodbye to grandpa'

Men & women in Panama obliged to do Christmas shopping ON DIFFERENT DAYS, officials announce, amid complaints over trans rights

Can onboard rollercoasters save the cruise industry?