Home > WORLD > Reporter critical of Antifa flees US amid threats as ‘POLITICAL REFUGEE,’ decades after his parents arrived as asylum seekers 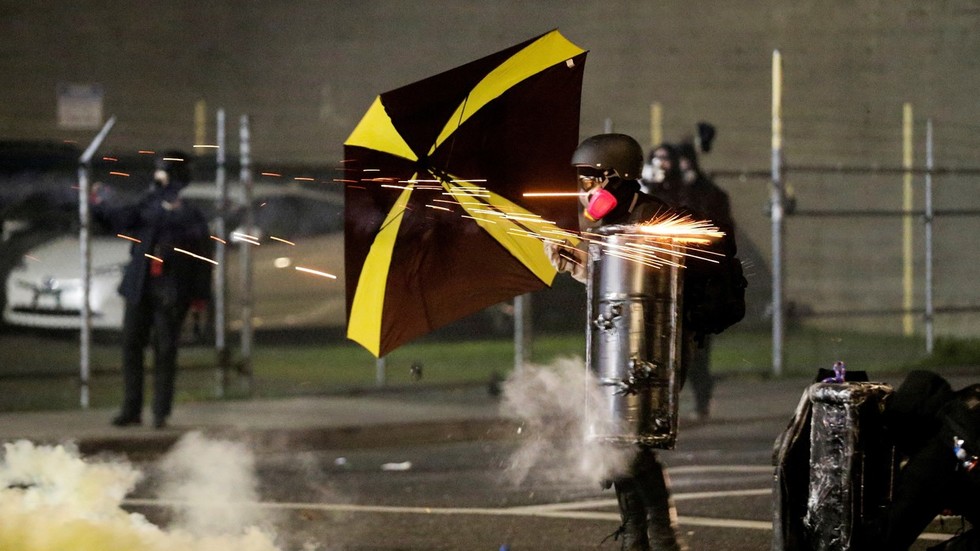 Journalist Andy Ngo, whose parents fled to the US from Vietnam in 1978, has become a political refugee himself, fleeing to London, saying he received death threats from Antifa over his coverage of the movement.

“For a number of months now, there’s just been increasing threats of violence against me, promises by Antifa extremists to kill me,” the Portland native said Saturday night in a Sky News interview. Local law enforcement authorities did nothing about the alleged threats, even when Ngo provided names of the suspects, he said.

“It’s pained me a lot, temporarily having to leave the country and home that settled my parents who came there as political refugees,” Ngo added.

Ngo came to increased prominence after he was attacked by a mob of Antifa protesters in 2019. There have been no arrests in connection with that attack – in which Ngo was beaten, robbed and hospitalized with a brain injury – even though it was caught on camera from various angles and the journalist’s lawyer provided names of suspects to police.

Some Antifa members have condemned Ngo for “enabling fascism” and exposing them to danger by reporting their names and posting their arrest photos. He was vilified by Rolling Stone magazine, which branded him as a “right-wing troll” and said he tries to “demonize” Antifa.

Hatred towards Ngo apparently escalated even further with the upcoming publication of his book, ‘Unmasked’, which chronicles Antifa’s history of violence and its “radical plan to destroy democracy.”

Powell’s City of Books, the Portland retailer which is touted as the world’s largest independent bookstore, was targeted by protesters after saying earlier this month that it would refuse to stock Ngo’s tome on its shelves but would continue selling it online. Demonstrations outside the flagship Powell’s store in Portland were sometimes violent and dragged on for at least a week, forcing the massive retailer to close early and evacuate employees and customers out the back door.

Breaking: On 16 Jan., BLM-antifa rioted outside @Powells Books during the sixth day of protests calling for my book "Unmasked" to be banned. Some of the #antifa came armed with weapons during the street brawl in downtown Portland. #PortlandRiots https://t.co/LJ1Wt8G7E3 pic.twitter.com/R8hvxFzX42

The protests, which some observers called “modern-day book burning,” may have had an unintended consequence by bringing more attention to ‘Unmasked’. The book, which is scheduled for release on February 2, is already the No. 1 seller in several political categories on Amazon.com. At one point earlier this month, it was the overall top seller by the online behemoth.

Ngo said the same Democrat politicians who have condemned and magnified the January 6 US Capitol riot were silent “at best” when Antifa and Black Lives Matter plagued Portland with 120 days of riots, including violent attacks on a federal courthouse, last year. He said some even promoted crowdfunding efforts to get rioters out of jail, while others described federal law enforcement officers as “Trump’s Gestapo and secret police.”

Rioting in Portland was so bad on President Joe Biden’s Inauguration Day that 15 Antifa activists were arrested, nearly half of whom had been busted and released for similar crimes last year, Ngo said. “This is a nightmare version of Groundhog Day,” he added.

Reminded that Biden had called Antifa “an idea, not an organization” during last year’s presidential campaign, Ngo pointed out that documents leaked to him show Antifa’s organizational setup, including processes for recruiting, radicalizing and vetting new members.

“Very sad,” author Julia Smith said of Ngo’s fleeing to London. “This is not the America his parents sought.”

Very sad – this is not the America his parents sought.

US Police Car Plows Through Crowd After Being Surrounded

‘He tried to hurt him’: Finnish and Russian fans row as skier suffers Instagram venom after dust-up and disqualification (VIDEO)

Covid exercise: 'I'll never go back to the gym again'