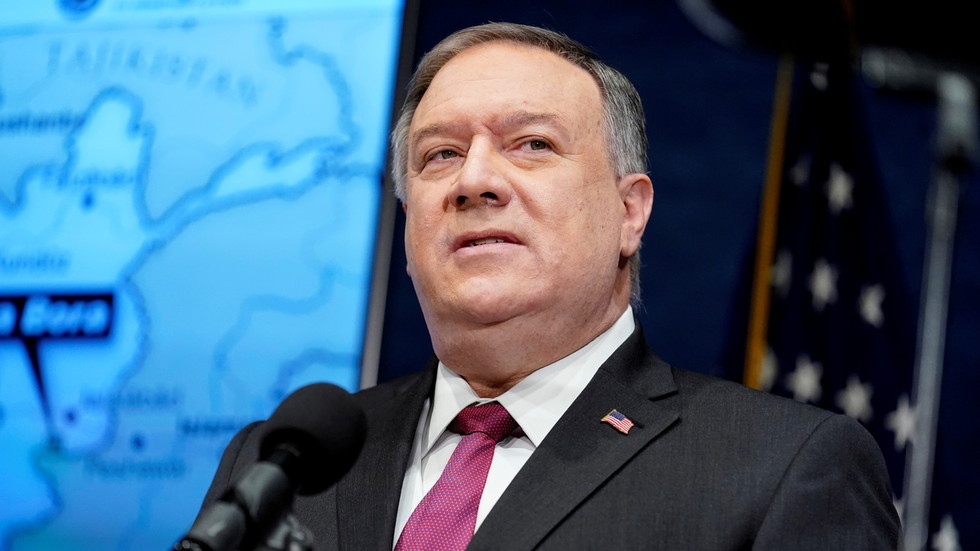 US Secretary of State Mike Pompeo was treated with a heavy dose of ridicule after claiming – unburdened by evidence – that the al-Qaeda terrorist group has a “home base” in Iran. Netizens dismissed the charge as an excuse for war.

In his speech on Tuesday – which came just one day after Pompeo reportedly met with the head of Israeli intelligence – America’s top diplomat alleged that al-Qaeda is now active in Iran, urging for Washington to “confront” and “defeat” the infamous terrorist group in its newfound base of operations.

“We ignore this Iran-Al-Qaeda nexus at our own peril,” he warned, calling the Islamic Republic a “safe haven” for Osama bin Laden’s brainchild.

Pompeo’s charges were soon met with mockery online, as journalists lined up to school the secretary of state on the basic facts of the region’s politics. Al Jazeera’s Hashem Said, for example, noted that “anyone with even a fragment of Mideast geopolitical knowledge” is aware that Tehran and al-Qaeda – a Shia-majority nation and a Sunni jihadist group with longstanding animosities – “hate each other.”

It's all ridiculous. There is no "axis." This is reheated propaganda from 15 years ago. Even Pompeo should be embarrassed to be spouting this stuff https://t.co/wRZnGXLnmC

In reality, Al Qaeda's biggest "home base" is still in Syria.

America was on Al Qaeda's side because it was the strongest rebel group fighting Assad who was backed by Iran and America was more concerned with fighting him and Iran than Al Qaeda.

So, Pompeo gets an F. https://t.co/IbDTNlIgut

A foreign policy advisor for Senator Bernie Sanders, Matt Duss, also pointed out that had Pompeo possessed any “valid intel” proving the alleged AQ-Iran axis, “you can be quite sure he wouldn’t have waited until a week before he leaves office to roll it out,” given the secretary of state’s perpetually hawkish stance toward Tehran.

READ MORE: Reporter ‘reassigned’ from WH job after Pompeo & ‘woke’ media fight it out at Voice of America headquarters

Anti-war commentators Caitlin Johnstone and Dan Cohen observed that in press coverage of Pompeo’s speech, some outlets chose to stress the lack of “hard evidence” behind his charges – despite refusing to append the same qualifier to equally “evidence free claims” in the past.

“You can tell whether a US government narrative is going to have significant geostrategic consequences based on whether or not the mass media get behind it,” wrote Johnstone. “That’s how you know if it’s being pushed by feeble partisan forces or something much stronger.”

You can tell whether a US government narrative is going to have significant geostrategic consequences based on whether or not the mass media get behind it. That's how you know if it's being pushed by feeble partisan forces or something much stronger. https://t.co/7i6renNbM7

Trita Parsi, an Iran specialist and the executive vice president at the Quincy Institute, meanwhile, said Pompeo’s remarks were “bizarre” and merely a way to “undermine any chance of peace and diplomacy between the US and Iran,” arguing that “false claims of Iran-al Qaeda ties have been peddled by the Trump administration before.”

Just as [Pompeo] and Trump have fueled conflict within the US, he’s also seeking to fuel conflict between the US and Iran on his way out.

/THREAD/ Pompeo is using his last days in office to hold press conferences to undermine any chance of peace & diplomacy between the US & Iran.

Just as he and Trump have fueled conflict within the US, he's also seeking to fuel conflict between the US and Iran on his way out. >>

Some critics took a different approach, with freelance journalist Neri Zilber wondering aloud why – after having had four years to tackle the supposed “threat” from the terrorist-state supergroup – Pompeo would now lay the problem “at the feet” of the incoming Joe Biden administration. “Are any of us supposed to take this Pompeo presser seriously?” he asked.

Are any of us supposed to take this Pompeo presser seriously? He's the former head of CIA and Secretary of State. He had 4 years to deal with this "threat" he's now laying at feet of Biden admin.

Pompeo – who left his post as CIA director to head up the State Department in 2018 – has long been among the most vocally hawkish figures in Trump’s administration, frequently going on the offensive against Iran, China, Syria, Venezuela, North Korea and other so-called “adversaries.” He has taken point on Trump’s “maximum pressure” campaign against Tehran, which aims to reduce the country’s vital oil exports to “zero,” while repeatedly charging imminent attacks by Iran-backed militias in Iraq, often citing little to no evidence.

Covid: Brazil approves and rolls out AstraZeneca and Sinovac vaccines

US politics in 2021: What's in store for President-elect Biden?