Home > WORLD > Rebuilding: Conor McGregor post footage in mini-excavator as Irish star says ‘it happens to the best of us’ after UFC 257 loss 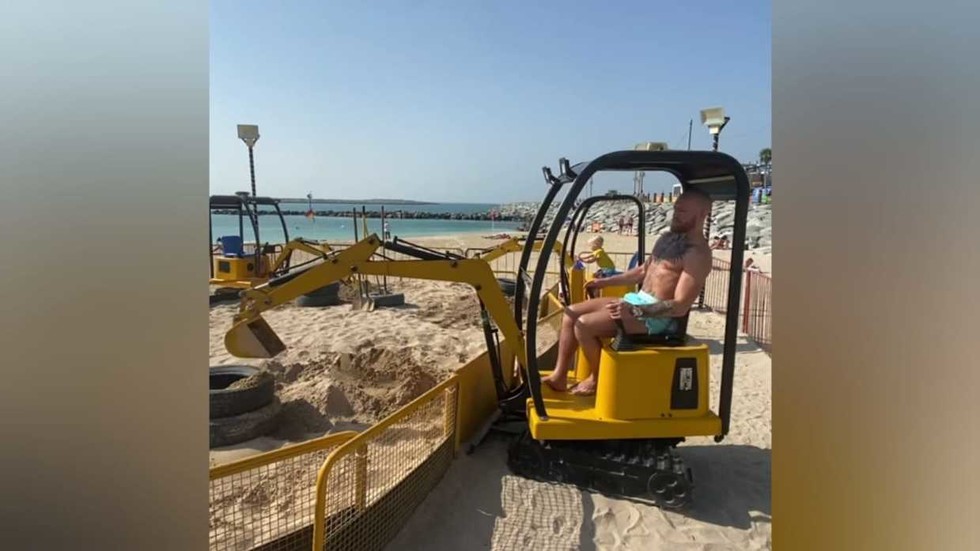 Rebuilding: Conor McGregor post footage in mini-excavator as Irish star says ‘it happens to the best of us’ after UFC 257 loss

Conor McGregor is rebuilding in more ways than one after his knockout defeat to Dustin Poirier at UFC 257 , as the Irishman shared a video of himself and his son using mini excavators on a beach.

McGregor suffered the first ever knockout loss in his MMA career when he was crumpled by a barrage of strikes from Poirier in the second round of their rematch on Fight Island in Abu Dhabi at the weekend.

The defeat means McGregor’s hopes of another crack at UFC lightweight champion Khabib Nurmagomedov have collapsed, along with any chance of an immediate shot at the 155lbs belt, should the retired Russian vacate the belt as expected.

McGregor, 32, vowed to come back stronger after his loss to Poirier – which came as the Dubliner returned to the octagon for the first time in 12 months.

The Notorious has called to run it back in a third fight with the American, and has also pointed to a possible trilogy with Nate Diaz as among his options moving forward.

In the meantime, though, McGregor’s rebuilding has been of a more practical kind, as he made use of a toy excavator on a beach.

Sharing the clip with his 39 million Instagram followers of himself and his son, Conor Jr, moving sand, McGregor wrote: “Back on the sites, it happens [to] the best of us. We’ll build it back! #DublinMiniDiggers.”

McGregor was famously a plumbing apprentice in his native Dublin before his MMA career took off, and has since amassed a fortune which according to some estimates extends to more than $100 million.

McGregor arrived in Abu Dhabi on a 300ft superyacht which is advertised as costing $780,000 a week to rent.

The Irishman picked up a reported $5 million fight purse for his night’s work at UFC 257, as well as taking a cut of the pay-per-view money for the event.

But as his latest video showed, he hasn’t forgotten his building site roots.