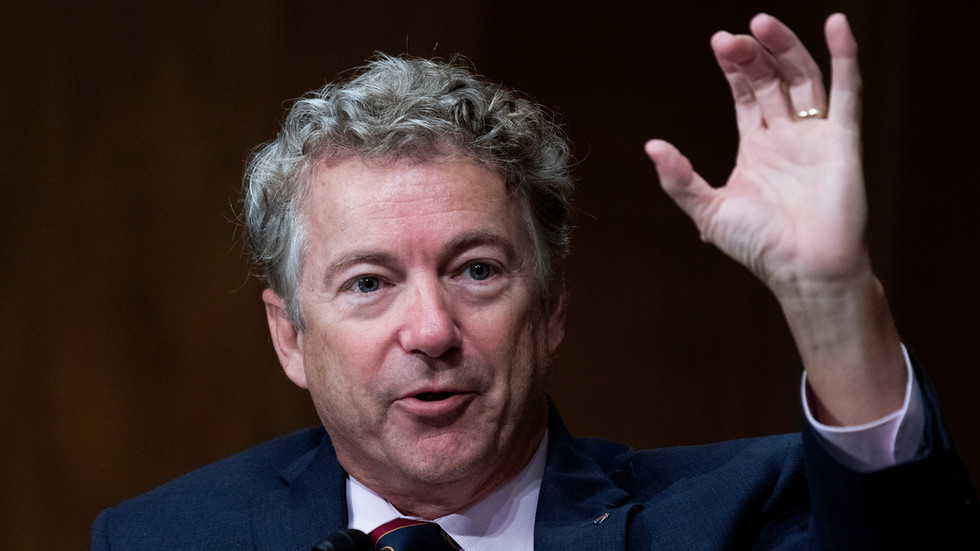 The Senate voted 55-45 on Tuesday to set aside Paul’s motion to short-circuit the trial before it even starts on the basis that the Constitution doesn’t provide jurisdiction for impeaching a president who’s no longer in office. It would take a two-thirds Senate majority, or as many as 67 votes, to convict Trump.

“Forty-five Senators agreed that this sham of a trial is unconstitutional,” Paul said on Twitter. “This is more than will be needed to acquit and to eventually end this partisan impeachment process. This trial is dead on arrival in the Senate.”

The Senate just voted on my constitutional point of order.

45 Senators agreed that this sham of a “trial” is unconstitutional.

That is more than will be needed to acquit and to eventually end this partisan impeachment process.

This “trial” is dead on arrival in the Senate.

The five Republicans who voted with Democrats to go forward with the trial, which is scheduled to begin the week of February 8, were: Mitt Romney (Utah), Susan Collins (Maine), Lisa Murkowski (Alaska), Ben Sasse (Nebraska) and Pat Toomey (Pennsylvania).

Paul’s point of constitutional order came one day after Democrats chose Patrick Leahy (D-Vermont), president pro tempore of the Senate, to preside over the trial. US Supreme Court Chief Justice John Roberts, who presided over Trump’s impeachment trial last year, declined to take that role again. The Constitution calls for the chief justice to officiate impeachment trials only for sitting presidents and vice presidents.

In fact, the Constitution doesn’t address trials for former presidents, inasmuch as impeachment is designed to remove an office holder. Republicans such as Paul and Senator Roger Marshall (R-Kansas) have argued that the Senate has no constitutional authority to convict a private citizen.

If the Chief Justice is not showing up — it’s a hearing, not an impeachment. We must vote on a motion to dismiss. https://t.co/DUy3CtyN5x

“Democrats are wasting the nation’s time on a partisan vendetta against a man no longer in office,” Paul said today in the Senate. “It’s almost as if they have no ability to exist except in opposition to Donald Trump. Without him as their bogeyman, they might have to legislate and to actually convince Americans that their policy prescriptions are the right ones.”

Paul said Democrats have called for unifying the country, but they instead are “about to drag our great country down into the gutter of rancor and vitriol, the likes of which has never been seen in our nation’s history.” He added that there could be no sense of fairness or due process while allowing a partisan Democrat who’s already on record in favor of impeachment to serve as trial judge.

Trump was impeached by the House for allegedly inciting the rioters who breached the US Capitol on January 6. Paul contrasted Trump’s words at the Save America Rally speech earlier that day — telling his supporters to “peacefully and patriotically make your voices heard” after he figuratively called for them to “fight” Biden’s allegedly fraudulent election victory — with those of Democrats. The former president’s backers argue that the fact that Trump called for a peaceful rally clears him of any wrongdoing. However, critics point out that in the very same speech, the ex-president urged his supporters “to show strength” saying “you’ll never take back our country with weakness,” leaving the message up for interpretation.

Paul argued that Democrats have been reluctant to take notice of calls with potential to incite partisan violence when they come from one of their own.

For instance, a supporter of Senator Bernie Sanders (D-Vermont) shot US Representative Steve Scalise (R-Louisiana) and three other people in 2017, saying “this is for health care,” after Sanders said the Republican plan for those without health insurance is “that you die.”

As Republicans try to repeal the Affordable Care Act, they should be reminded every day that 36,000 people will die yearly as a result.

Paul noted, too, that he and his wife were among the many victims who were assaulted by mobs of leftists after Democrats such as Senator Cory Booker (New Jersey) and Representative Maxine Waters (California) called for their supporters to get in the faces of Congress members and “create a crowd and push back” on Trump administration officials, respectively. He added that Democrats could be accused of inciting the deadly and destructive riots that plagued US cities last summer.

As you watch all the videos of Trump supporters getting targeted and attacked outside the White House tonight, here’s a reminder that one of the Democrats’ leading voices, Maxine Waters, literally encouraged this behavior. pic.twitter.com/v5o4bxWpKO

“Should (Vice President) Kamala Harris be impeached for offering to pay for violent people to get out of jail who’ve been burning our cities down?” Paul asked. “No, and no Republican has offered that because we’re not going down the road that Democrats have decided, this low road of impeaching people for political speech.”

Covid-19 pandemic: China 'refused to give data' to WHO team