Home > EUROPE > ‘Raab must tell what he knew’: That suspect in Harry Dunn car crash may be US SPY is ‘astonishing revelation,’ family lawyer says 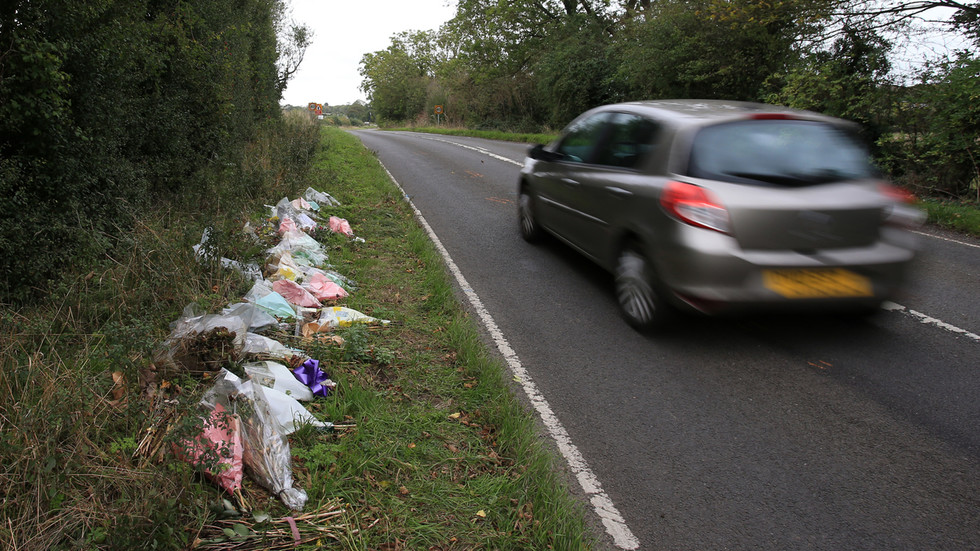 The fact that the woman behind the crash that killed British teen Harry Dunn may be a US spy raises a lot of questions for the government, in a case already doing “terrible damage” to bilateral ties, the family’s lawyer told RT.

The news that Harry Dunn’s suspected killer, Anne Sacoolas, was working for a US intelligence agency became an “astonishing revelation” for the victim’s side, Radd Seiger, the Dunn family lawyer, confessed. “We were completely taken aback by it. I have to say it really unsettled the parents, who continue to suffer every single day with all this stress, anxiety and uncertainty.”

A Virginia court, which was considering Sacoolas’ application to dismiss a civil claim for damages by the Dunn family, was told on Wednesday that she had been “employed by an intelligence agency in the US” at the time of the fatal road accident in August 2019. The American’s car was on the wrong side of the road when it collided with the 19-year-old’s motorbike outside a US military base in Northamptonshire, where her husband worked as a CIA operative.

The woman’s barrister insisted that her job was “especially a factor” in her leaving the UK on diplomatic immunity grounds shortly after Dunn’s death. Sacoolas didn’t believe she would get a fair trial in Britain because of the media attention the case would’ve inevitably generated, he added.

After the uncovering of those new facts, “we’ve got questions that need to be answered. [UK Foreign Secretary] Dominic Raab must come forward and explain what he knew about Mrs. Sacoolas’ employment status and when he found out about it,” Seiger said.

Raab had met with Harry Dunn’s parents in January 2020 and when they directly asked him about Sacoolas’ occupation “he answered that she used to be a State Department employee,” he recalled.

“We’re hopeful that the government will step forward and give us those answers as soon as possible,” the lawyer explained, as this data could affect Sacoolas’s claim to diplomatic immunity.

However, Seiger said that he understood that even if the American’s diplomatic immunity turns out to be invalid it wouldn’t necessarily lead to her facing trial at a UK court on charges of causing death by dangerous driving.

Extradition is always a political decision rather than a legal one. If the US simply refuse to extradite her, there’s nothing anybody can do.

The UK Home Office addressed the US on Sacoolas’ extradition a year ago, but the request was denied by Mike Pompeo, the then-Secretary of State under President Donald Trump. The new administration of President Joe Biden announced last week that it wasn’t going to change the decision.

Seiger blasted Washington’s behavior as “a gross abuse of the Vienna convention on diplomatic relations.” Diplomatic immunity should be used to protect diplomats in hotspots from actual danger, but not shield them from prosecution for crimes committed on the territory of “friendly nations,” he argued.

This is not how America should behave. It claims to be the leader of the ‘Free World.’ We should all follow their model. They often criticize the rest of us for breaching human rights or doing things that they don’t like. Well, the whole world is watching them behave in this case exactly as we wouldn’t expect.

The White House obstructing justice for Harry Dunn does a “terrible damage to the interests of the US here in this country and is absolutely eroding the special relationship [between Washington and London],” the lawyer stressed.

But since the US authorities are reluctant to cooperate, the remaining option would be for Sacoolas to make the moral choice on returning to Britain on her own, Seiger suggested. “I would simply ask her or her representatives to get in touch with the British authorities and to find a way forward,” Seiger said. He suggested that the woman could also be “suffering” in the aftermath of the fatal crash, and that a trial in Britain could “be her path to redemption.”

“We don’t get to kill people and walk away,” the lawyer said. He added that Sacoolas shouldn’t be afraid of biased treatment in the UK, arguing that the country has “one of the fairest legal systems” and, when it comes to sentencing, it’s not as “draconian” as in America.

Covid vaccine rollout: When might life in US return to normal?