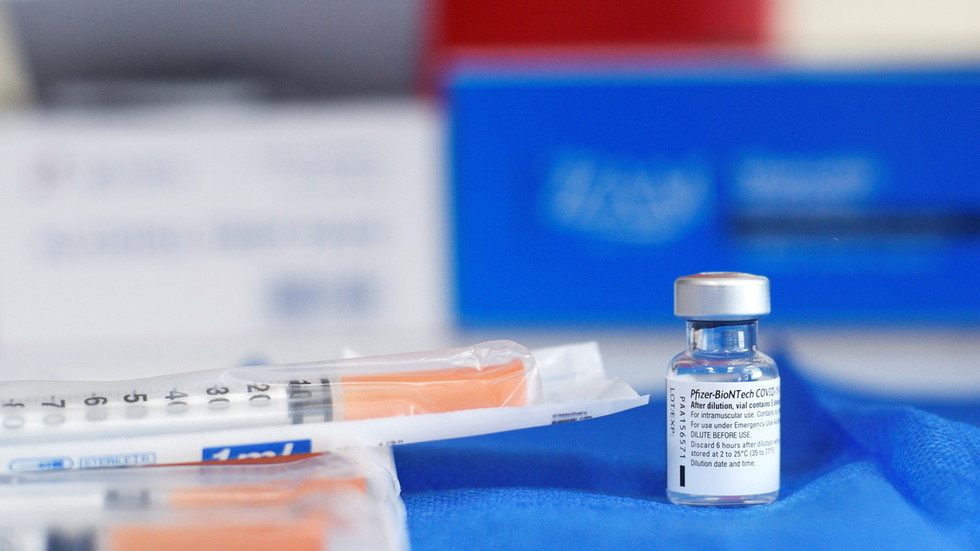 Quebec officials launch probe after 97yo with dementia given both Pfizer & Moderna Covid jabs, violating guidance

The daughter of an elderly woman in Montreal, Canada has expressed outrage after her mother was accidentally injected with two different jabs, breaching guidelines that forbid mixing vaccines unless absolutely necessary.

Antonietta Pollice inadvertently became the first person in the province of Quebec to receive two doses of the Covid-19 jab, but the mixture of drugs has raised safety concerns, as well as questions about whether care home residents who receive the vaccine fully understand and consent to the medical procedure.

The 97-year-old took the Moderna jab on January 7 while living at a seniors’ home in a suburb of Montreal. Days later, the facility closed and she was transferred to a different residence. Apparently unaware that she had already been immunized, staff at Pollice’s new home injected her with another dose – but this time, with the Pfizer/BioNTech one.

Her daughter, Patrizia Di Biase, told the CBC that her mother suffers from dementia and didn’t understand what was being done to her.

“Shocked. I was upset,” she said. “How can that happen? ‘Mistakes happen,’ well, it’s not a small mistake.” She described the situation as “unacceptable” and demanded accountability from healthcare workers and officials.

“I don’t want this to happen again. It’s happened now, we can’t go back for my mom, but we need to go forward and have everybody know,” Di Biase added. She said that she had contacted Quebec Public Health demanding answers. Regional health authorities are currently probing the case, the CBC reported.

The decision to jab Pollice, apparently without her full understanding of the procedure, is particularly worrying, since the elderly woman reportedly contracted Covid-19 last spring and would presumably already have antibodies.

It is unclear whether she experienced any adverse reactions after being administered the second jab.

The safety and efficacy of mixing the two vaccines has yet to be established. Although both drugs are two-dose mRNA vaccines, no data exists on their interchangeability. Previously, medics suggested the use of different vaccines should happen only where there is no other option to administrate the patient with the second dose of the same type.

The recommended wait between receiving the first and second dose of each drug is also different. The second Pfizer/BioNTech shot should be administered three weeks after the first dose, while the wait time between Moderna injections is one month.

The accidental shot also goes against Quebec’s own vaccination scheme. The province’s premier, Francois Legault, decreed earlier this month that all second doses of the Covid-19 vaccine should be delayed so that more people can be immunized. According to the guidance, people should wait 90 days before taking the second shot.

Russia Accuses US Of Interfering In Its Domestic Affairs