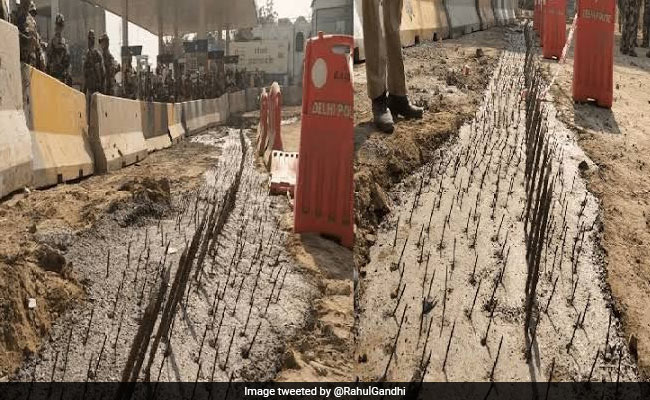 “The government had fixed iron nails. But we are planting flowers,” the farmers said. (File)

Land plots filled with wild grasses near Ghazipur, Tikri and Singhu protest sites have been converted into well-curated nurseries with a variety of flowers like marigold and rose.

The protesting farmers have also sowed seeds for potatoes and sugarcanes in the nurseries surrounded by concertina wires that came up as part of stringent security installation at the agitation sites to hinder the protestors’ movement to Delhi.

“Our motivation is simple. The government had fixed iron nails. But we are planting flowers, fruits and crops. We are farmers, this is what we do,” Ramraji, who hails from Jind in Haryana, said at UP Gate in Ghazipur.

The 54-year-old farmer is among the several who are now curating the nurseries for which seeds and saplings are being sourced from nearby nurseries in Ghaziabad.

Another protestor volunteering for the work said the nursery has flowers like rose and marigold besides varieties of plants like palm, pine and others set in planters.

“We had also planted flowers next to the iron nails fixed near the barricading by police. We give flowers and crops in exchange for nails,” he said.

Satyanaryan, 74, said his group even brought soil from their village to plant the flower saplings.

“It is our message to the government that we will spread love even if it uses force to suppress us,” he said.

Meanwhile, a commotion ensued at the protest site after a small snake was spotted in the freshly dug-up soil brought for preparing plant bed.

Thousands of farmers have dug their heels in at Ghazipur, Tikri and Singhu at Delhi’s outskirts since November last with a demand that the Centre repeal the three new contentious agri-marketing laws and ensure legal guarantee for minimum support price (MSP) of crops.

The Centre, which has held 11 rounds of formal talks with the protesting farmer unions, has maintained the laws are pro-farmers.

Younger People Half As Likely As Adults To Catch COVID-19, Study Says