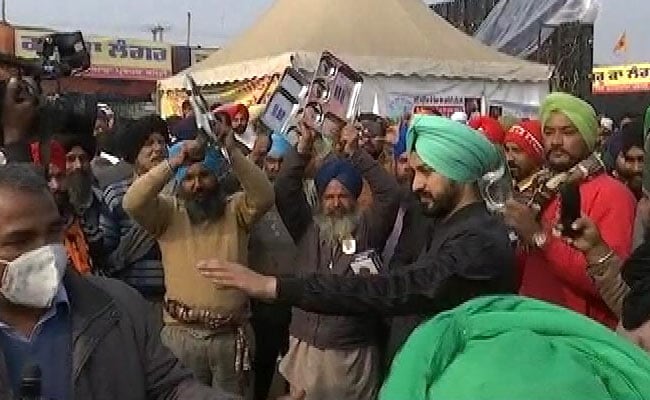 The idea of clanging plates and clapping was floated by the Prime Minister earlier this year to felicitate corona warriors as the lockdown started. In today’s Mann ki Baat, PM Modi referred to it also.

Referring to letters written to him by the people, PM Modi said: “In most of the letters people have commended the country’s capabilities and the collective strength of the countrymen. When a novel experiment such as Janta curfew became an inspiration for the whole world, when the country felicitated our corona warrior unitedly with Thali-taali, the applause and the reverberating chime of plates… people have sent in reminiscences of that too.”

The “Delhi-Chalo” protest by farmers, mostly from Punjab and Haryana, has been continuing for more than a month. Thousands of farmers have been camping at the borders of Delhi, demanding that the farm laws, passed in September, be scrapped.