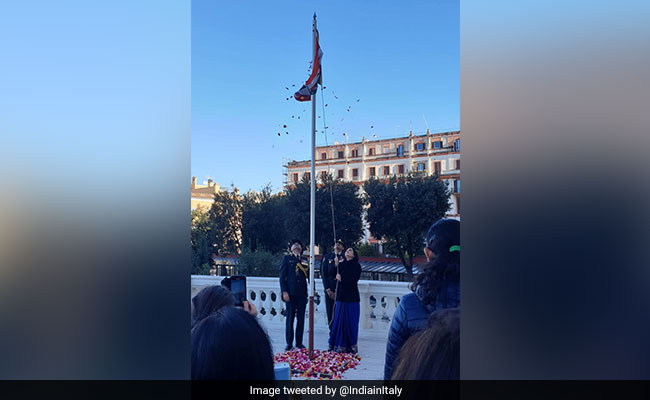 The Indian government has been constantly raising its concerns with the Italian authorities and had done so recently as well in view of Republic Day, sources told ANI.

“We have taken up this specific incident with them and conveyed our concerns. Safety and security of Indian diplomats and diplomatic premises are the responsibility of the host government,” sources added.

The Indian government further expressed hope that the Italian authorities will take action against the perpetrators and prevent such incidents from happening in the future, sources said.

On Tuesday, members of Khalistani separatist groups and others were seen in support of farmers outside the Indian embassy in Washington DC.

A protest hosted by Sikh DMV Youth and Sangat saw a few dozen people gathered in front of the Indian mission to criticise the new rules, which the Narendra Modi government passed in September as part of a broader effort to deregulate the nation’s massive agriculture sector.

Many in the crowd held saffron-coloured ”Khalistan” flags and chanted anti-India slogans.

India Will Use Its Tenure At UNSC To Bring Global Peace, Security: Envoy