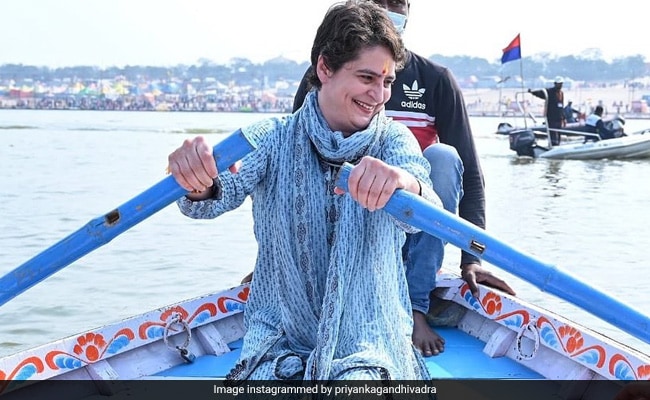 Priyanka Gandhi Vadra’s rowing lesson in Allahabad in Uttar Pradesh, when she took a holy dip recently at the Sangam, is in wide circulation on social media.

The Congress leader performed prayers at the Sangam, the holy confluence of three rivers, to mark “Mauni Amavasya” last week.

Priyanka Gandhi shared a video of her rowing experience, along with a ditty that, loosely translated, means those who keep trying never fail.

The video shows her taking tips from the boatman, who is lavish with his praise for her rowing.

Priyanka Gandhi was accompanied on the trip last Thursday by her daughter Miraya and a few party leaders.

In visuals that day, she was seen taking a dip and offering prayers, surrounded by aides.

Priyanka Gandhi has been visiting Uttar Pradesh for farmers’ mahapanchayats or gatherings in solidarity with the protests against three new agricultural laws.

18 Dead, At Least 20 Missing After Bus Falls Into Canal In Madhya Pradesh

US 'outraged' by deadly rocket attack on Irbil

Kiran Bedi Thanks Government For Life Time Experience In Puducherry