Home > WORLD > Premier League preview: From Tuchel’s Chelsea to a capital clash for Klopp’s Liverpool, here are 5 of the key matches this weekend 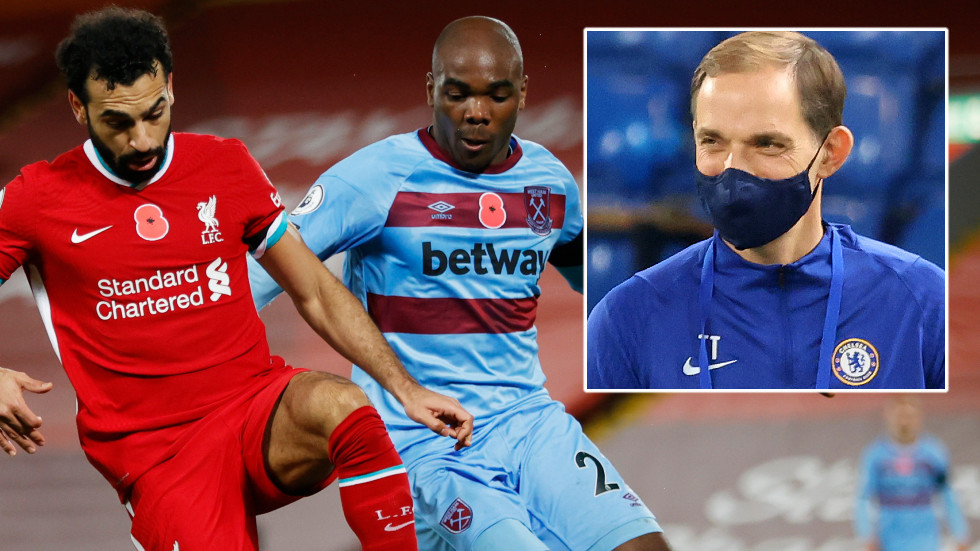 Chelsea’s owners will be anticipating a first win for Thomas Tuchel this weekend, but the Blues face opponents in resurgent form. Here’s why it might not be plain sailing for the new boss this weekend, plus four other key clashes.

With all but a couple of sides reaching at least the halfway stage of their Premier League season in midweek, the hopefuls in the top seven know that there is a vanishing amount of time to catch up with leaders Manchester City, who already have at least a point and a game in hand on their nearest rivals.

City, Chelsea and Leicester will start as heavy favorites as hosts to teams well below them in the table, with Sheffield United’s triumph at Manchester United and Burnley’s unexpected run of wins providing cautionary tales for fans presuming three points are theirs for the taking…

Can Sheffield United provide another seismic upset? Their narrow win at home to free-falling Newcastle earned their first victory of the entire season earlier this month, and the corpse of the division’s rock-bottom stragglers was clearly twitching as they casually lit cinders beneath Manchester United’s title credentials with a bafflingly routine-looking win at Old Trafford on Wednesday.

A jovial Chris Wilder on our game against Man City this weekend. pic.twitter.com/94iQXlyBze

Chortling at their opponents’ capacity for catastrophe aside, that shock demonstrated that the Blades could thrive under the lack of pressure they are facing, having spent much of the last couple of months looking resigned to relegation in what still looks an incredibly tall order to survive.

Their victims had been unbeaten in 12 league matches, and City are in similarly imperious form: they have won their last eight in all competitions and, with that gap already established on the teams below them, are being tipped by many to enter machine mode and run away with the title.

All that remains, then, is for the inevitable complacency to subconsciously kick in when it might matter less to be on top form, gifting visitors who deservedly finished ninth last season the chance to secure their second sensational result in three days. City have everything to lose here.

Should never have lost to Sheffield United and obviously city are favourites to win the league but the next 4-5 games could be huge and could even see West Ham or Everton top. Crazy season anything can happen a long way to go yet. UTFR

Having spectacularly blown their chance to reclaim top spot, United will likely need to recapture something approaching their best when they travel to former title rivals Arsenal in a less-than-ideal follow-up to that unwelcome jolt of a defeat. The Gunners have been in excellent league form since a defeat at Everton in mid-December heightened their chances of being drawn into an unlikely relegation battle, winning five times on a six-match unbeaten run that started with a comfortable victory over Chelsea at the Emirates Stadium.

Despite being without key marksman Pierre-Emerick Aubameyang, who is attending to his mother’s illness, Arsenal appear to be accelerating along the rails in ninth and won at United in November. New signing Martin Odegaard could make his Arsenal debut in midfield against visitors who are yet to lose on their travels this season, winning eight of their ten trips.

"[Arsenal] have been in pretty impressive form lately," adds the boss.

"It's always great to play them and hopefully we can get a result."#MUFC #ARSMUN pic.twitter.com/TxU3cd3Kl7

In fact, United can surpass their record for unbeaten away matches in the top flight by securing at least a point for the 18th consecutive time, but Arsenal have beaten them here on the last two occasions in the league, with Mikel Arteta their first manager ever to win his first three league games against United.

Any optimism Tuchel might justifiably feel about facing the team to have scored the fewest goals in the Premier League should be carefully tempered in light of Burnley’s dangerous form. After impressive victories over Liverpool and Aston Villa as part of a three-match winning run, the Clarets look considerably more threatening than toiling Wolves, against whom Chelsea drew 0-0 in an underwhelming start to Tuchel’s abruptly-launched reign on Wednesday.

The club’s luckless media team were roundly mocked for celebrating the stratospheric number of passes that the team managed on their way to not scoring, and the most cursory analysis on reliably physical Burnley will have provided tactician Tuchel with ample evidence that impressive possession numbers are unlikely to guarantee his first victory.

Burnley beat Liverpool in their last away game with 28.2 per cent possession with four shots on target, only two fewer than the current champions.👀

As they again proved in their first win at Anfield for 46 years, Burnley are supremely comfortable as underdogs – Sean Dyche also guided his side to a win at the reigning champions when they won at Stamford Bridge in 2017. They are also hardly laboring under the level of expectations that Chelsea are, sitting comfortably clear of the danger zone. Perhaps their only realistic challenge lies in securing a respectable final position.

Third-placed Leicester are the only side other than United who can overtake City this weekend, and are the only rivals to the leaders’ current unbeaten run, going seven games without defeat in the Premier League as part of a nine-match streak in all competitions. Those encouraging figures owe much to wily striker Jamie Vardy, so the absence of their 13-goal top scorer, who is recovering from hernia surgery, leaves a considerable question mark over their chances of continuing their fine run against unpredictable opponents.

"We can't go a week without talking about him!" – @DanBatesTV 😅

One of Barnes' best performances yet? pic.twitter.com/SbHU3aQTpk

Energetic Leeds are yet to recapture the form that took them into the top half of the table at the end of last year, losing three of their four matches in 2021 without scoring a goal, including a dismal 3-0 defeat at fourth-tier Crawley and an uninspired 1-0 home setback against lowly Brighton. A welcome first win in four weeks felt reassuring rather than rejuvenating at a Newcastle side who had gone 10 without a win beforehand.

Leicester are likely to be reliant on the increasingly impressive Harvey Barnes, the 23-year-old winger who has scored three times and set up another two goals in his last six league appearances. With kind-looking fixtures to follow, the hosts will want more than the point they earned at Everton.

A trip to West Ham looks trickier than the visit of Tottenham was on Thursday for Liverpool. The champions arrested an almost unheard-of slump of five league games without a win by comprehensively seeing off Spurs in a 3-1 win that left the visitors’ title hopes significantly fainter, but Jurgen Klopp’s depleted squad have been far from their convincing best in recent weeks, failing to score in four league games out of five since their halcyon 7-0 win at Crystal Palace in December.

482 – Roberto Firmino’s goal was Liverpool’s first in the Premier League since December (Mane vs West Brom), ending the Reds’ run of 482 minutes and 93 shots without scoring in the competition. Alleviated. #TOTLIV pic.twitter.com/ArjzwrNqs9

The Hammers have won six in a row in all competitions as part of an eight-match unbeaten run, although they are yet to face opponents in the top half this year and lost 3-0 to Chelsea on the last occasion when they did. Dropped points would potentially put either side a daunting distance behind City at the top, and both know that remaining within swinging distance would set them up nicely for their fixtures with the front-runners next month.

The omens give reason for encouragement and determination in the locker rooms: Liverpool are unbeaten at the London Stadium, winning three times, while West Ham have not beaten the Reds in their last nine attempts, losing seven of them.

Three in a row: Russian ace Petr Yan plans HUGE year in the UFC, with THREE wins in 2021