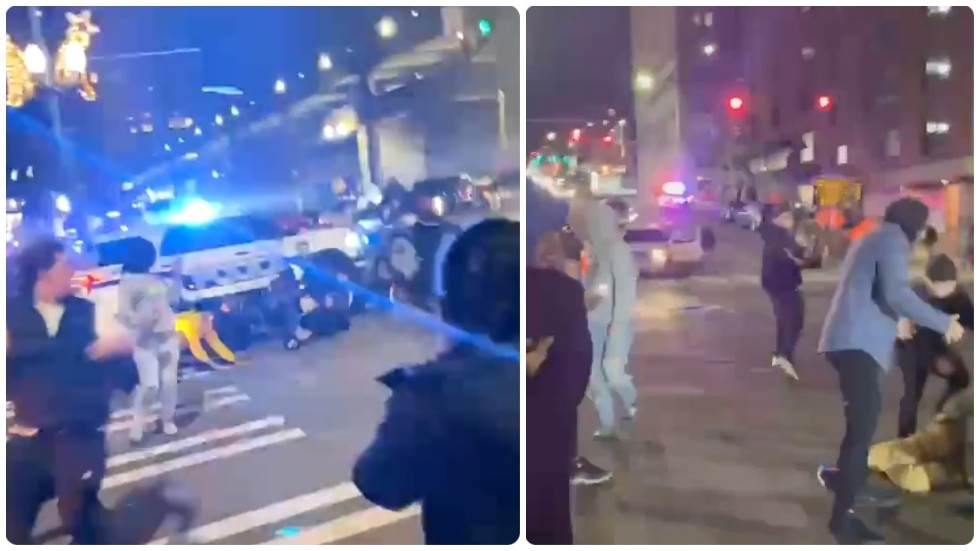 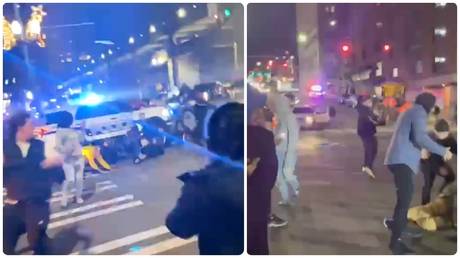 A police SUV was filmed plowing through a crowd of people blocking its way and apparently running over at least one person in Tacoma, Washington.

The incident happened on Saturday night, reportedly after a police patrol responded to reports of cars blocking an intersection and doing doughnuts. The footage shows the SUV surrounded by people banging on the windows and apparently blocking its path. The vehicle backs up a bit before revving its engine and speeding through the crowd.

Another video shot from a different angle shows the moments before the incident, including a car doing doughnuts.

Tacoma police said the incident occurred at the intersection of Ninth South and Pacific, where around 100 people gathered to entertain themselves. One person was taken to a local hospital after being run over by the police vehicle. His injuries are reportedly not life-threatening.

According to local media, a group of angry protesters gathered at the site after the incident.

US historians on what Donald Trump's legacy will be

Fresh from censoring select voices before and after US election, Twitter howls ‘HUMAN RIGHTS’ as Uganda shuts down social media