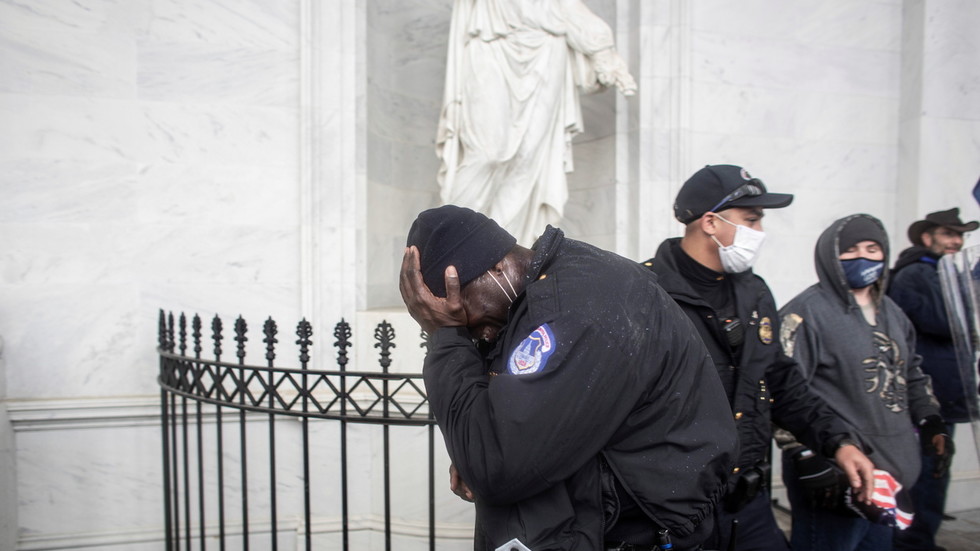 A Washington, DC police officer has reportedly died of unknown causes after a violent disturbance at the US Capitol, where hundreds of supporters of President Donald Trump occupied the chambers and sent the building into lockdown.

The officer, who has yet to be named, died on Thursday, less than a day after the riot at the Capitol, CNN reported, citing three anonymous sources.

A US Capitol Police officer involved in the riots at the Capitol yesterday has died, according to two USCP sources

Though the exact cause of death remains unclear, the officer is the fifth person to die as a result of Wednesday’s unrest, after one woman was fatally shot by police and three others succumbed to “medical emergencies.”

A rally organized to protest the result of the 2020 presidential election erupted into chaos on Wednesday as demonstrators stormed the halls of the Capitol, triggering panic and a full evacuation of legislators. The occupiers remained in the building for several hours before being cleared out by law enforcement, also triggering a 6pm curfew across DC and a full National Guard deployment.

Coronavirus vaccines: How’s my country and the rest of the world doing?