Home > EUROPE > PM’s bike ride was ‘not against the law,’ London police chief says, after report of Johnson’s ‘leisurely’ cycle at Olympic Park 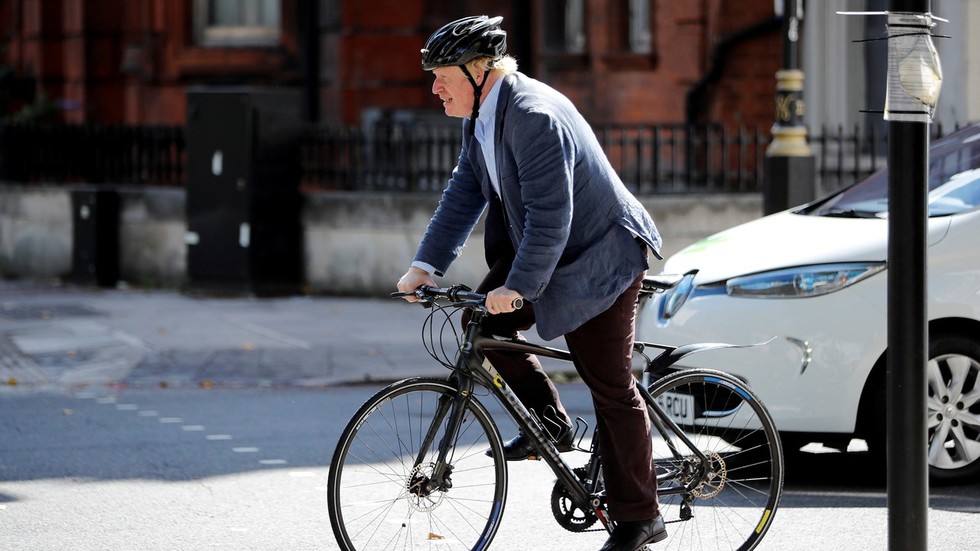 PM’s bike ride was ‘not against the law,’ London police chief says, after report of Johnson’s ‘leisurely’ cycle at Olympic Park

British Prime Minister Boris Johnson did not violate Covid-19 rules by cycling seven miles from 10 Downing Street, London’s police chief has said. The PM was accused of hypocrisy when the trip was reported by the media.

Metropolitan Police Commissioner Cressida Dick told BBC Radio 4’s Today show that the PM’s trip had been “not against the law – that’s for sure.” She stressed she will not provide further comments on “individual cases.”

The Evening Standard reported that Johnson had been spotted cycling around the Olympic Park area on Sunday afternoon. The park is located roughly seven miles from the PM’s office on Downing Street. The government’s guidance for England, meanwhile, urges people not to travel outside “your local area” for exercises.

A witness told the Press Association that Johnson was “leisurely cycling with another guy with a beanie hat and chatting while around four security guys, possibly more, cycled behind them.”

Labour Party MP Andy Slaughter accused the PM, who is known for urging the public to follow Covid-19 restrictions, of hypocrisy. “Once again, it is ‘do as I say, not as I do’ from the prime minister. London has some of the highest infection rates in the country. Boris Johnson should be leading by example,” Slaughter said.

The government did not comment on Johnson’s trip. The Evening Standard quoted a source saying that the PM had noted “how busy the park was” during his ride, and had brought it up during a meeting he had afterwards.

An official source later told the BBC that Johnson had exercised “within the Covid rules and any suggestion to the contrary is wrong.”

When asked about the seven-mile bike rides, Health Secretary Matt Hancock said they were “OK,” but still urged everyone to stay local and maintain social-distancing rules.

“If you can get there under your own steam and you are not interacting with somebody… then that seems perfectly reasonable to me.”

“If you’re… genuinely taking exercise and not going out for other social purposes, then that seems perfectly reasonable,” Malthouse told Sky News.