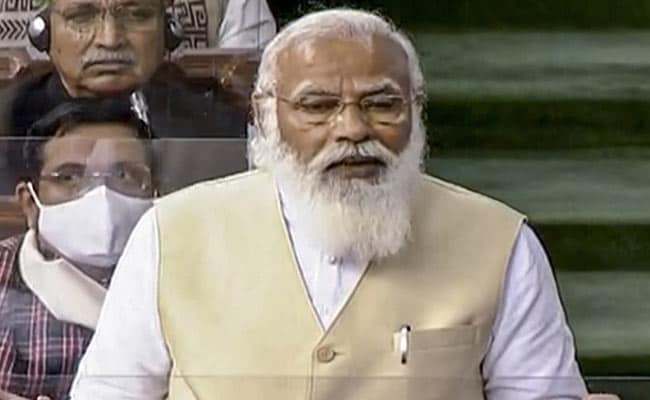 PM Narendra Modi underlined that change is essential and cited the case of CCA.

Defending the farm laws as much needed reforms, Prime Minister Narendra Modi on Wednesday underlined that change is essential and cited the case of CCA, a British era post in Tamil Nadu for supplying cigars to then UK Prime Minister Winston Churchill, that was not abolished for several decades even after the independence.

Speaking in Lok Sabha on the motion of thanks to the President for his address, PM Modi said change and reforms are essential for the progress of every modern society.

He also mentioned social reformers like Raja Ram Mohan Roy, Ishwar Chandra Vidyasagar, Jyotiba Phule and B R Ambedkar who had the courage to push for reforms in society against the prevailing norms.

“One should take responsibility and decide according to the needs of the country. This mindset of ”status quo” has also played havoc in stopping the country’s progress. Till when will we continue with this status quo,” PM Modi said.

The Prime Minister cited a story of CCA, Churchill Cigar Assistant, in the office of Chief Secretary of Tamil Nadu. The post was specifically created for ensuring the supply of cigars to Churchill from Tiruchirappalli in the state.

Despite Churchill losing in 1945 and India becoming independent in 1947, the post continued till several decades later and the fact came to light when the state government set up a commission for raising the salaries of government employees.

The CCA had written to the Commission seeking a raise but no one was even aware that such a post existed.

“This incident is the biggest example of a need for change in governance for the progress of the society,” PM Modi suggested.

Farmers’ Protest Not Affiliated To Any Political Party, Group Writes To PM Modi

House Will Move To Impeach Trump If He Doesn’t Resign Immediately: Nancy Pelosi

Over 21% Of India’s Population May Have Had COVID-19, Shows Sero Survey