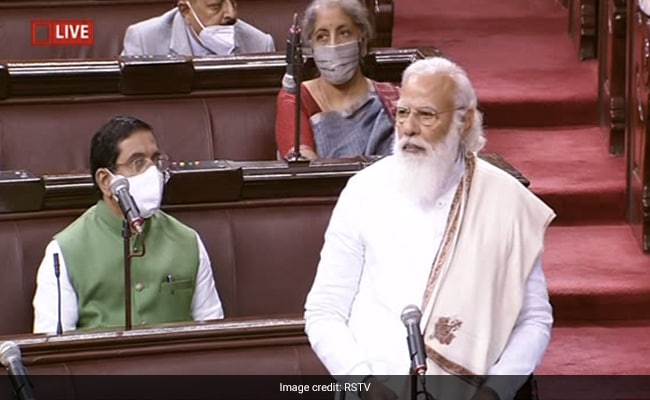 Prime Minister Narendra Modi today defended his government’s policies on farmers as he spoke on the massive protests since November against three laws and referenced his predecessor Manmohan Singh as he derided what he called the Congress’s volte face on farm reforms.

“Everyone is speaking on the protests, but all were silent on what the farmers are protesting against. It would have been good if this core issue was also discussed,” PM Modi said in the Rajya Sabha, in his reply to a debate on the President’s Budget session speech.

He said the number of marginal farmers, with small land holdings, had increased since 1971 from 51 per cent to 68 per cent.

“Today, there are 86 per cent farmers who have less than two hectares of land. That means 12 crore farmers. Doesn’t the country have any responsibility towards these farmers?”

Highlighting various schemes of his government for marginal farmers, the Prime Minister said every government had spoken for the reforms in agriculture sector but various parties had taken a “u-turn”.

“It’s fine that you (opposition) are attacking the government on the protests but you should have also told the farmers that change is necessary for development.”

He quoted former Prime Minister Manmohan Singh, commenting that “at least they will listen to him if not me” on reforms.

“It is our intention to remove all those handicaps wihich come in the way of India realizing its vast potential as one large common market,” the PM quoted Manmohan Singh as saying.

He quipped at the Congress: “You should be proud – Manmohan Singh talked about it but Modi is having to do it.”