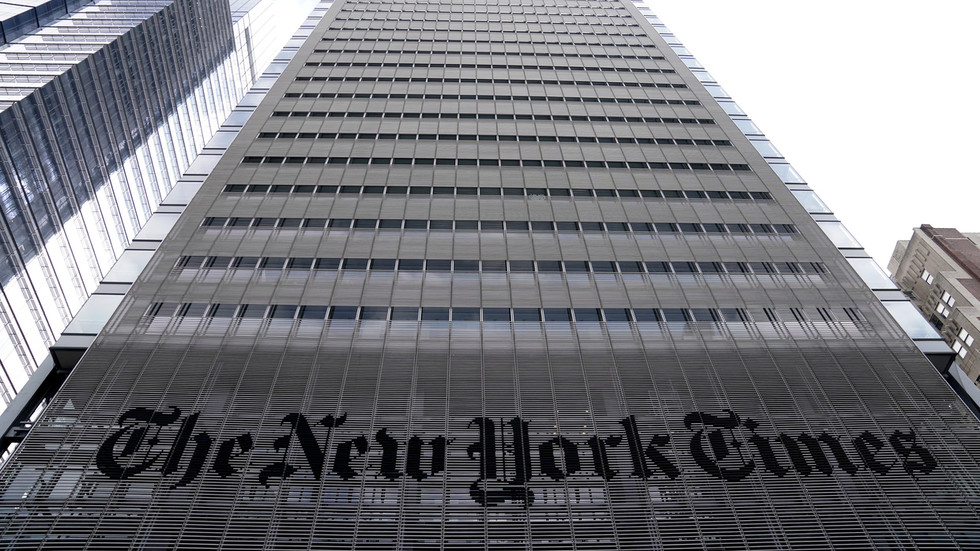 The Gray Lady has sacked its editor, who was criticized for expressing excitement with the landing of Joe Biden’s plane before inauguration. The journalist asked supporters not to cancel their subscriptions.

Lauren Wolfe stirred online anger on Tuesday by sharing her feelings about Joe Biden’s arrival at the Joint Base Andrews in Maryland for his upcoming inauguration ceremony. She called the Trump administration “petty” and “childish” over a widely reported (and later revealed to be false) claim that it denied Biden a military plane to arrive in DC. Wolfe said she had “chills” seeing Biden’s private jet land.

The awkwardly-worded tweet apparently not only caused Wolfe humiliation due to online mockery, but also cost her her job as an editor at the New York Times. The Gray Lady has canceled her contract, she confirmed on Twitter. HuffPost contributor Yashar Ali was the first to report the news.

So, who needs a journalist, one who is unrelenting enough to blast down a story in a war-torn country for years to make sure that otherwise protected mass rapists are arrested? Other credentials TK. 🙂

Wolfe is hardly the only journalist in the US, whose public statements about Biden taking over from Trump would be more suitable for a celebrity fan club. But her sacking seemed a gross and unfair overreaction by the Times even for some of her critics, especially since her remark was made on a private account.

I made fun of the tweet because it was ridiculous, but she didn’t deserve to lose her job. Crazy.

People angry with the decision recalled how many times people in the profession got to keep their jobs after far worse transgressions. This was the case, for example, with the infamous podcast ‘Caliphate’, which won the newspaper praise and awards, but turned out to be based on the words of a fabulist posing as a source.

.@nytimes should really reconsider this terrible decision. I’m astounded that bullying the families of ISIS hostages, falling for forged documents, and taking a jihadist hoaxer at his word is a non-sackable offense; but tweeting about one’s feelings is. https://t.co/9Xcx8e120n https://t.co/1mk65AVNdS

Some of Wolfe’s supporters said they will be canceling their Times subscription in retaliation. She asked them not to do that, saying her former place of employment was an “incredible paper filled with talented journalists.”

Please don’t cancel your subscriptions to @nytimes! It is an incredible paper filled with talented journalists. We need them and we need a thriving free press. Thank you!

Wolfe apparently blames conservatives mad about her tweet for her termination. But one doesn’t have to go far back in time to see that the Times is not exactly known for standing up to left-wing outrage to protect its people either.

Just last June James Bennet had to resign from the newspaper over the publication of an opinion piece penned by Senator Tom Cotton, in which he advocated deployment of military troops to rein in mass protests in Washington, DC. Bennet was in charge of the opinion section at the time. One can only wonder how Cotton’s line of argument would fly today, in the aftermath of the January 6 Capitol riot and unprecedented deployment to Washington, DC of over 25,000 National Guardsmen for Biden’s inauguration.