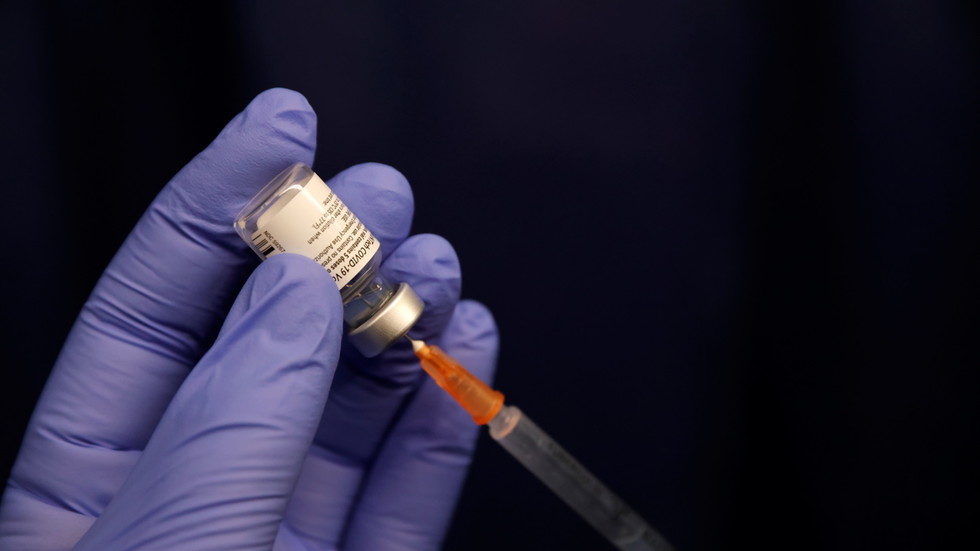 The European Medicines Agency (EMA) has said there is no evidence to link Pfizer’s Covid-19 vaccine with post-jab deaths, after Norway’s authorities reported that 33 elderly and frail people had died following their first dose.

On Friday, the EMA released a statement saying it had concluded a review of suspected side effects with fatal outcomes, specifically in frail elderly individuals, following the administration of the Covid-19 jab developed by Pfizer and BioNtech, known as Comirnaty.

“Given concerns which arose from Norway about deaths reported in frail elderly individuals after vaccination with Comirnaty, PRAC (Pharmacovigilance Risk Assessment Committee) reviewed the current reports of suspected side effects with fatal outcome in individuals of any age. This review did not suggest a safety concern,” the statement read.

“In many cases concerning individuals above 65 years of age, progression of [multiple] pre-existing diseases seemed to be a plausible explanation for death. In some individuals, palliative care had already been initiated before vaccination.”

The statement adds that large-scale human trials were carried out before the vaccine was given the green light, including study participants that were aged 75 and older.

The EMA recommended that there is no need to amend product information regarding the use of the jab, and requested that Pfizer continues to review any reports of suspected side effects.

On January 14, the Norwegian Medicines Agency (Noma) said that 23 people had died after receiving their first dose of the Pfizer vaccine.

Noma later sought to dispel rumors about the jab’s potentially fatal side effects, noting that all those who died were described as having severe underlying health conditions and were all aged 75 or over.

Last week, it was announced that the figure had risen to 33 after 55,000 Norwegians received their first vaccine dose. Pfizer told the British Medical Journal that the number of deaths was not alarming and in line with what would normally be expected within the population.

“We absolutely shouldn’t confuse the very normal and natural deaths that will happen to older and more frail people with the consequences of the vaccine,” said Stuart McDonald, a fellow of the Institute of and Faculty Actuaries and co-founder of the Covid-19 Actuaries Response Group.

Walker Swamp: The mission to restore an Australian wetland

Sheldon Adelson, the casino magnate who moved an embassy

Why roller skating is making a comeback

Covid: Belgium and Netherlands ban flights from UK over variant

‘Absolutely heartbroken’: Tributes pour in for ‘gentle giant’ pro wrestler Brodie Lee following his death at the age of 41