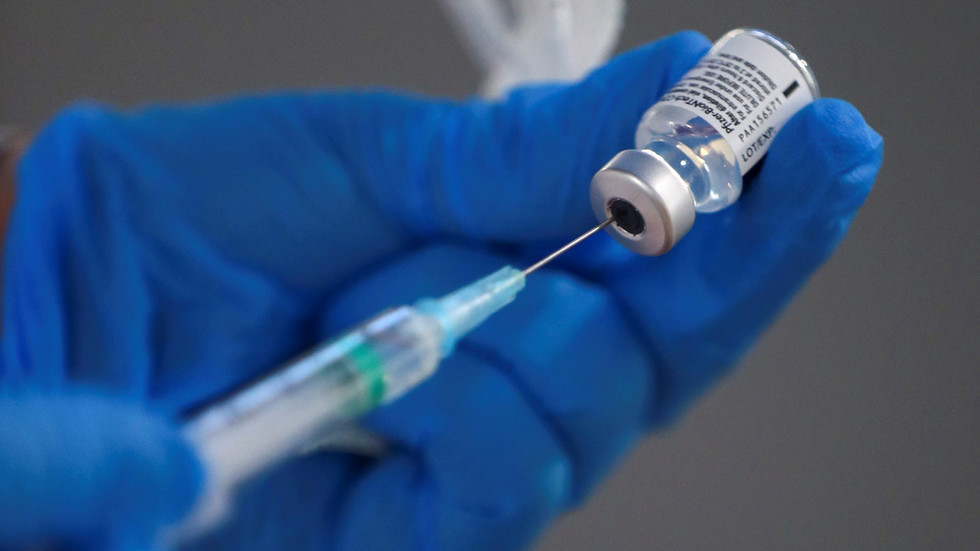 A petition calling on the UK government to commit against implementing a so-called Covid-19 vaccine ‘passport’ has received more than 37,000 signatures, as Boris Johnson’s cabinet refuses to rule the idea out.

The latest petition demanding that the government not roll out the controversial ‘passport’ idea was heading towards 40,000 signatures on Friday, amid reports that such a system was being actively developed for travel abroad.

A vaccine passport would allow Brits who have been vaccinated against the coronavirus to regain a certain level of freedom – including the ability to travel – that would be prohibited to others.

Last month, vaccine-deployment minister Nadhim Zahawi said there were “absolutely no plans” for vaccine passports, as concerns mounted that certificates would need to be shown before entering certain establishments. He also said mandatory vaccination itself was “discriminatory and completely wrong.”

E-vaccination status certificates or ‘immunity passports’ could be used “to restrict the rights of people who have refused a Covid-19 vaccine, which would be unacceptable,” the petition declared.

It concluded that the government “must be completely clear to the public” about its intentions regarding such passports, which it said would “undoubtedly affect societal cohesion” and the economic recovery of the country.

Since the petition has received over 10,000 signatures, the government will have to respond, according to the official UK Parliament and Government Petitions policy. If it receives 100,000 signatures, the matter will be debated by MPs. However, parliamentary debates are uncertain, these days, due to the ongoing pandemic.

Previous petitions against restrictions for unvaccinated Brits have proved immensely popular. One last year, which called generally on the government to “prevent any restrictions” on those who refuse vaccination, received 337,137 signatures and was debated in parliament in December.

“There are currently no plans to place restrictions on those who refuse to have any potential Covid-19 vaccine,” the government responded at the time, adding, however, that it “will carefully consider all options to improve vaccination rates, should that be necessary” – effectively refusing to rule the idea out completely.

The government response to a more recent petition in January proved similarly concerning for Brits against a vaccine passport, with the government saying it was “exploring ways” in which technology could be utilised to more safely open workplaces and other services to the public.

Various other petitions against Covid-19 passports have been rejected, given that so many have already been filed.

The Times reported on Friday that the government was devising a scheme for a vaccine passport which would allow people to travel abroad to countries like Greece, which has indicated it would accept visitors from overseas, provided they can prove they have been vaccinated.

Among those supporting the vaccine passport idea include controversial former UK Prime Minister Tony Blair, who has called for a global digital “travel pass” to be created.