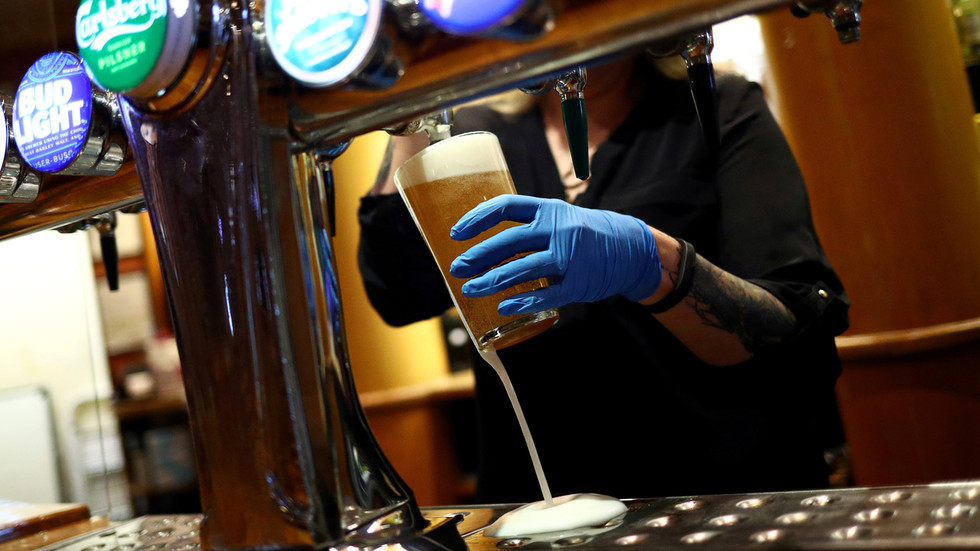 ‘People don’t go to the pub for lemonade’: Angry Brits protest over alleged Covid plan to ban ALCOHOL from pubs

Reports suggesting that the UK government is contemplating a ban on alcohol when pubs reopen after lockdown in April have provoked fury and disbelief from Brits on Twitter.

On Friday, the Daily Telegraph reported that Prime Minister Boris Johnson’s government is considering a policy which would only allow pubs to reopen if they don’t sell alcohol – an effort to stop the spread of coronavirus due to drunk people being less likely to follow social distancing rules.

The suggestion promptly caused an uproar among pub-starved Brits, who argued that a pub without alcohol is no longer a pub at all.

🤔 Wouldn’t call it a pub then. 🍻 pic.twitter.com/RXLqWGSaH8

Absolutely. A pub isn’t a pub without alcohol. https://t.co/mHbiRtaL5I

Utterly power-crazed nonsense from this government now. This is way beyond a joke.

“Pubs with no alcohol? What is the point. Government control has gone way too far,” protested Brexit icon and avid beer drinker Nigel Farage. Others compared a pub without alcohol to a fish and chip shop without chips, a clothing store without clothes, or a chemist without medicine.

Pubs with no alcohol? What is the point. Government control has gone way too far.

Its like having a chippy without being able to sell chips

They did it in Wales. It's absolute bonkers. I certainly won't go to a pub if that's the case. It's like saying a clothes store can open as long as they don't sell clothes or a chemist can open but can't sell any medicine.

Totally pointless there’s absolutely no reason to open pubs if they can’t sell alcohol. Most people don’t go to the pub for a pint of lemonade 🙄

Not everyone was against the idea, however, with some Brits arguing that an open pub without alcohol is better than a closed pub with alcohol.

“Most are kicking off about booze, but for me, isn’t it more if you’re allowed to meet others there?” questioned finance journalist Lotty Earns. “You can drink booze in your house. But going some[where] different, sitting down with a mate or two and having a Coke etc and a pub lunch seems preferable to me.”

Most are kicking off about booze, but for me, isn't it more if you're allowed to meet others there?

You can drink booze in your house. 🤷🏼‍♀️ But going someone different, sitting down with a mate or two and having a Coke etc and a pub lunch seems preferable to me. https://t.co/t6mgHsF6UQ

Another user tweeted, “To be fair, drunk people pass [the virus] on more freely because they do not care.”

Considering that the vast majority of pub revenue comes from alcoholic drinks, a ban on alcohol would be sure to hit pub owners even harder after a year of other major setbacks, including extended closures, limited numbers of permitted customers, earlier closing times, food mandates, and compulsory Covid-19 case tracking.

Modi's International Image Dented By His Own Government