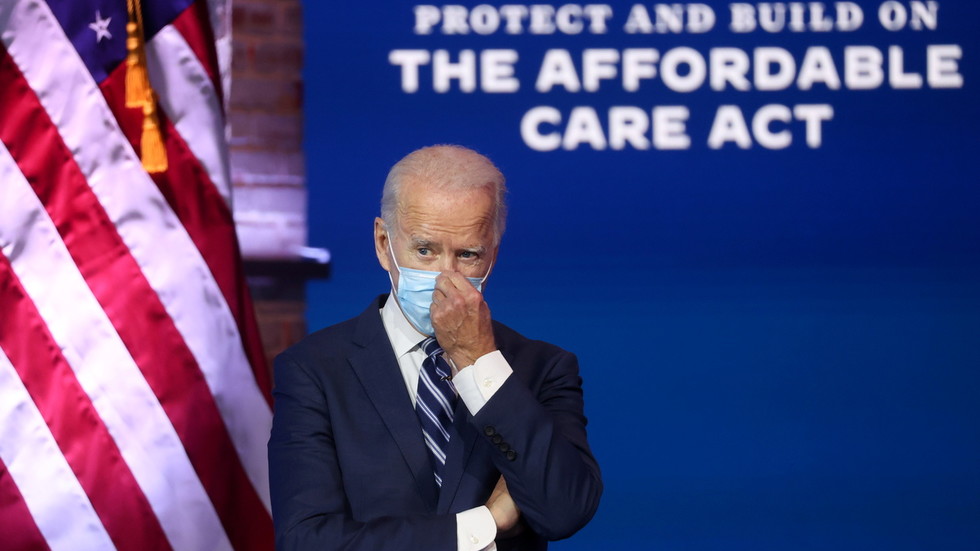 President Joe Biden has signed two executive orders on healthcare. His decrees reopen enrollment for the Affordable Care Act, or Obamacare, and lift a Trump administration ban on funding for nonprofits that promote abortion.

The first order instructs the Department of Health and Human Services (HHS) to open a special enrollment period for the Affordable Care Act from February 15 to May 15, giving unemployed Americans a chance to sign up for health insurance. The order also instructs federal agencies to review “rules and other policies that limit Americans’ access to health care.”

“I’m not initiating any new law, any new aspect of the law,” Biden said before signing the order. “This is going back to what the situation was prior” to the Trump administration.

Four years ago, former president Donald Trump’s first executive order instructed federal agencies to do the exact opposite, and scale back as many components of Obamacare as possible. Later in 2017, a Republican-sponsored tax overhaul eliminated the individual mandate – a much-maligned provision of the Affordable Care Act that penalized individuals for not having health insurance. His administration also allowed the sale of private insurance policies exempt from some Obamacare regulations, and implemented a work requirement for Medicaid benefits.

Repealing and replacing Obamacare was a key campaign promise by Trump back in 2016, yet the recently departed president never managed to fully kill the act, or reveal a viable alternative.

Biden’s second order of the day reverses the Trump administration’s ban on federal funding for international NGOs that provide abortion counselling or referrals. The ban, known as the ‘Mexico City Policy’ dates back to Ronald Reagan’s second term in office, and has been alternately lifted and reimposed by Democratic and Republican administrations since. Despite the intentions of Reagan and his Republican successors, the ban ultimately failed to reduce abortion rates in the countries it affected.

The order also commands HHS to consider lifting Trump-era restrictions on the granting of federal funds to family planning organizations in the US that refer women for abortion, such as Planned Parenthood. These organizations have been prohibited from directly offering abortion ever since Richard Nixon set up the funding program in 1970.

Biden’s orders are the latest of more than 40 he’s signed since taking office last week. In recent days, rounds of presidential decrees focusing on climate change, race, immigration, and Covid-19 have been signed, the majority of them overturning Trump’s policies.

As the Olympics and Euro 2020 hang in the balance, should elite athletes be fast-tracked for the Covid-19 vaccine?