Home > WORLD > Now you see him, now you don’t: Emotional Djokovic shocks fans by leaving tennis event ahead of Australian Open – then reappearing 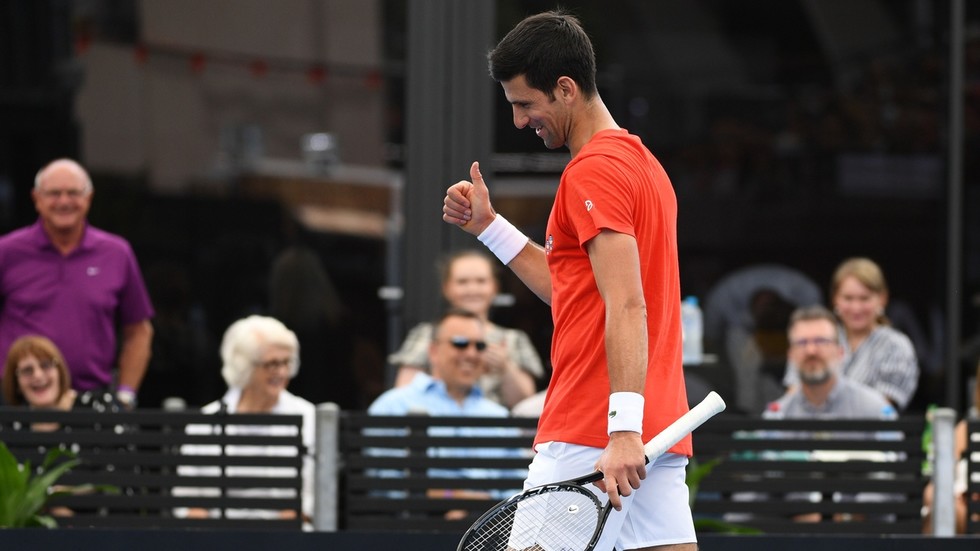 Now you see him, now you don’t: Emotional Djokovic shocks fans by leaving tennis event ahead of Australian Open – then reappearing

Serbian tennis star Novak Djokovic has left fans puzzled by his latest show of unorthodox behavior ahead of the Australian Open, pulling out of an exhibition event in Adelaide before emerging back on court midway through a match.

The top-ranked player withdrew from Adelaide’s Memorial Drive just hours after being released from quarantine, citing blisters on his right hand as he hit the headlines again before the headline tournament had even started.

The 17-time Grand Slam winner, who served his quarantine in Adelaide alongside other top stars including Rafael Nadal, Serena Williams and Naomi Osaka, left fans and pundits astonishment by his actions, having secured participation in the exhibition event as part of a deal involving what has widely been perceived as preferential treatment for established contenders in isolation.

He was replaced by compatriot Filip Krajinovic for the clash with young Italian star Jannik Sinner.

After all that fun on his balcony, #1 Novak Djokovic withdrew from tonight's exhibition match in Adelaide.

this dude find out in that moment that Novak Djokovic was not going to play. pour soul. pic.twitter.com/yzpEbXbmAl

This is an absolute joke. @DjokerNole out and half the crowd still not in 3 mins from go time. Add to that very few wearing masks which is mandatory in line. @BenRothenberg @AdelaideTennis

But after Krajinovic won the first set 6-3, Djokovic emerged on court to take over, replacing his teammate in the middle of the match.

The all-time great spent about half an hour on court and won the second set 6-3, sealing an overall victory.

He apologized for his absence at the beginning of the match, saying he needed to receive treatment for his troublesome blisters.

OUT: Krajinovic 🇷🇸
IN: @DjokerNole 🇷🇸

After taking the opening set 6-3, Krajinovic substitutes with the World No.1 at #AdelaideTennis 🙌 pic.twitter.com/0HlNocEuFo

“I’m sorry I didn’t step in on the court from the beginning. I had to do some treatment with my physio. I wasn’t feeling my best,” Djokovic said.

“It’s not easy but it’s part of what we do. We learn over the years to play with the pain.

“It’s just a question and a case of whether that pain is bearable or not, so obviously coming off from the hard training block and having the ATP Cup and the Australian Open around the corner, you don’t want to risk it too much.

“But the emotion was so strong in me to come out on the court today. Seeing almost full stands, I just had to play. That’s it – I had to play.”

How much can Joe Biden get done on the US economy?