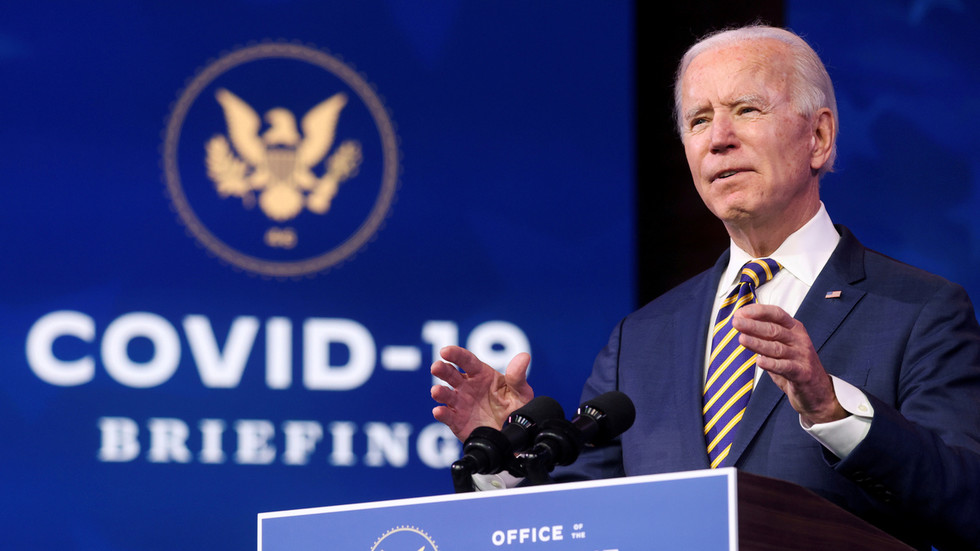 ‘Not what we were saying, Joe’: Progressives angry as Biden’s $1.9 TRILLION coronavirus plan offers $1,400 instead of $2k

As details of Joe Biden’s Covid-19 relief proposal were leaked to mainstream media, Americans impacted by months of lockdowns griped about the amount of one-time relief that has become a partisan political football.

As part of the $1.9 trillion ‘American Rescue Plan,’ the new administration wants to roll out $1,400 checks to supplement the $600 “stimulus” sent out last month, which “would bring the total to the $2,000 that Biden has called for,” per AP.

The amount has caused some rancor, as Biden is on the record calling for a $2,000 payment – as did the outgoing President Donald Trump, only for it to be rejected by the Senate.

nobody better tell me to go easy on joe biden if he has already disappointed us a week before he becomes president.

However, others were quick to point out that the proposed checks add up with the money already sent out for a total of $2,000, so it’s technically still correct. It also tracks with what Sen. Bernie Sanders (I-Vermont) has proposed.

In addition to the “stimulus,” the Biden plan would extend unemployment benefits and the moratorium on evictions and foreclosures through September 2021, mainstream outlets reported citing his aides. It would also raise the federal minimum wage to $15 and expand paid leave for those who still have jobs.

About $400 billion in the proposal would address the pandemic directly, including $20 billion for vaccination efforts, $50 billion to expand testing, and $130 billion to help reopen schools – which have been mostly closed since last March.

The plan envisions hiring 100,000 “public health workers” to encourage vaccinations and contact trace those infected. Biden says he wants to have 100 million vaccines distributed in his first 100 days. His aides also told reporters the plan wants to give particular attention to minority communities “disproportionately” impacted by the pandemic.

Another $350 billion is “focused on economic relief and aid to states and localities,” according to AP. Republicans have previously resisted this as a bailout of Democrat-run states that would reward their self-destructive lockdowns, but Democrats expect to have the majority in the Senate with VP Kamala Harris as the tie-breaker.

All of the money would have to be borrowed, adding to the $27 trillion US national debt, but aides told the media that the debt is “more manageable” as interest rates are currently low.

Taliban cracks down on 'costly' polygamy

Princess Latifa ‘being cared for at home’ – Dubai royal family