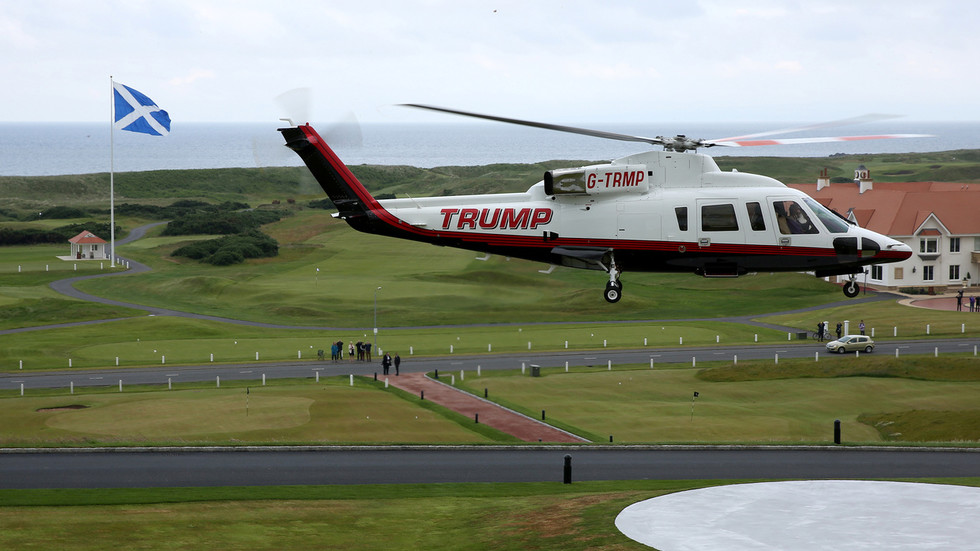 “Once he leaves Office if Trump tries to come to the UK the Home Sect should give serious consideration to denying him entry,” tweeted Yousaf, noting that the home secretary “has the power if an applicant’s presence is not conducive to the public good.”

Under UK law, a foreign citizen can be banned from entering if their “conduct, character,” or “associations” are deemed unsavory – even if they have no criminal record. The UK has previously banned public figures as diverse as conservative filmmaker Lauren Southern, Nation of Islam movement leader Louis Farrakhan, and right-wing Dutch politician Geert Wilders.

Yousaf went on to accuse Trump – who owns two golf courses in Scotland – of stirring up “racial tension” and inciting “a violent mob” on Wednesday when a group of his supporters forced their way into the United States Capitol. Protesters were smashing windows and taking photographs in the offices of prominent politicians following the ‘Save America’ march that decried the confirmation of President-Elect Joe Biden’s 2020 election victory.

Four fatalities were confirmed by police following the incident, including a Trump-supporting woman who was fatally shot by a police officer.

Yousaf became a controversial figure in the UK himself after he proposed a law last year that would punish people who privately engage in ‘insulting’ speech in the comfort of their own home.

Cocaine 'worth billions' seized in record Germany and Belgium haul