Home > WORLD > Not believing in God ‘as dangerous’ as Covid-19 denialism says Head of Russian Church, asking followers to trust the experts 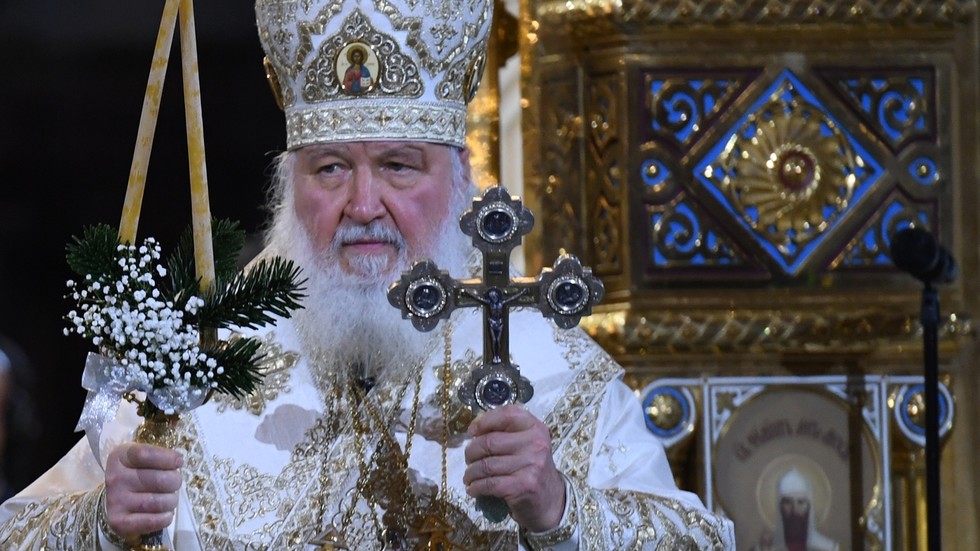 Not believing in God ‘as dangerous’ as Covid-19 denialism says Head of Russian Church, asking followers to trust the experts

Coronavirus isn’t the only pandemic sweeping through society, the Russian Orthodox Church’s top cleric has said. According to Patriarch Kirill, disbelief is public health enemy number one, ahead of purely biological threats.

In a sermon to mark the start of Christmas in Russia on Wednesday, the bishop told worshippers that “there are people who do not believe in anything at all – not in disease or in danger, and neglect medical advice.”

“But we believers know that these stupid people exist. There are also many people who do not believe in God… which is very dangerous, even deadly,” he added. “Just as it is dangerous today if people don’t believe in the spread of infection and [refuse to] take steps to protect themselves.”

Kirill ended the sermon by asking churchgoers to have faith in medical experts as well, and to follow public health guidance aimed at preventing the spread of the virus. Russia’s most senior bishop was himself forced to isolate in October after coming into contact with someone who later tested positive for Covid-19.

However, not all Orthodox leaders have been as cautious about the pandemic, with Metropolitan Evgeny, who heads the Ekaterinburg diocese in Russia’s Ural region telling local media that “if we get sick, if someone dies with faith in Christ, they won’t be afraid, because we will all die.”

Another clergyman, a former Orthodox priest known as Father Sergius, championed an even more confrontational approach to restrictions put in place to control the spread of the virus. He turned down requests from authorities to shut the churches in his parish, arguing “whoever encroaches on the closure of temples – damn it and his whole family.” Known for his controversial views, the monk was excommunicated from the Church last year. He has since been arrested and his monastery raided on suspicions of inciting children to commit suicide after a fiery sermon on patriotism.

‘You got knocked the f*ck out by a chubby kid’: Tyson Fury starts his smacktalking year with kisses for arch-rival Anthony Joshua

Groundbreaking biofuel rocket could be ‘Uber for space’

Texas weather: Family of 11-year-old file lawsuit over his death