Home > WORLD > No one’s above the law? FBI lawyer who altered evidence to enable spying on Trump gets PROBATION instead of jail 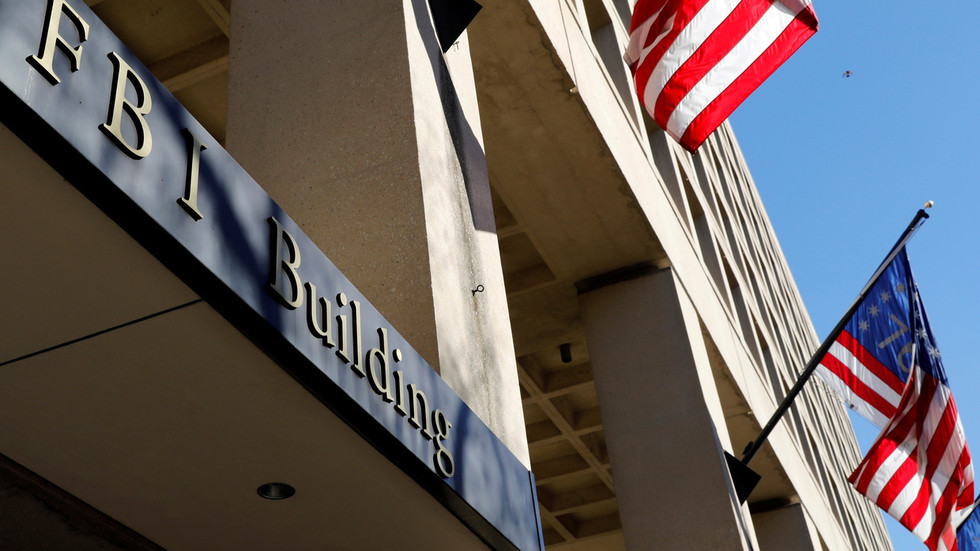 No one’s above the law? FBI lawyer who altered evidence to enable spying on Trump gets PROBATION instead of jail

The only FBI official charged in the improper use of FISA warrants to spy on President Donald Trump via campaign aide Carter Page got a slap on the wrist. Kevin Clinesmith’s sentence was a year of probation, and community service.

Clinesmith worked at the FBI General Counsel’s Office (GCO) and was assigned to Crossfire Hurricane, the probe of Trump’s alleged ties with Russia during the 2016 election. In that capacity, he altered an email from the CIA that described Page as a source for the spy agency, to say he was “not” a source – enabling the FBI to request a Foreign Intelligence Surveillance Act (FISA) warrant against Page as a “Russian agent” – and, through him, spy on the Trump campaign, transition and presidency.

On Friday, federal judge James Boasberg – who also sits on the FISA court – sentenced Clinesmith to 12 months’ probation, 400 hours of community service, and a $100 fine.

Boasberg was reportedly swayed by Clinesmith’s insistence that he’d acted in good faith and that his wife has a baby on the way, while shrugging-off Page’s testimony that his life had been ruined as the result of false claims he was a “Russian agent.”

The Republicans sitting on the House Judiciary Committee called the sentence “insanity” and “outrageous.”

Led by Rep. Devin Nunes (R-California), the Judiciary GOP first exposed the FISA abuse and published a memo about it in February 2018, revealing that the FBI had relied on the “Steele Dossier” – a collection of spurious claims compiled by a British spy and paid-for by Hillary Clinton’s campaign – in the initial spying request.

Others pointed out that Clinesmith’s transgression was far greater than almost anyone who ended up going to jail as a result of special counsel Robert Mueller’s ‘Russiagate’ probe. Campaign aide George Papadopoulos spent two weeks in jail for allegedly lying to the FBI – the same process crime Clinesmith pled guilty to last August – and General Michael Flynn spent four years trying to beat the same charge.

Even Papadopoulos went to jail for two weeks, but an FBI lawyer who violated the civil liberties of an innocent citizen, in a way that undermined public confidence in law enforcement and the intelligence services, damaging both national Unity™ and security, gets zero jail time. https://t.co/TZZ4MFMXVA

Clinesmith is also the only FBI official to face any scrutiny over the bureau’s handling of Crossfire Hurricane. Former director James Comey, his deputy Andy McCabe, lead agent Peter Strzok and attorney Lisa Page – all of whom were involved in the probe – have landed lucrative book contracts or cable news jobs, or become heroes of the Democrat “resistance” instead.

The lenient sentence for a FBI lawyer altering evidence was seen as especially egregious, as, earlier this week, a Trump supporter going by the handle ‘Ricky Vaughn’ on Twitter was arrested and charged by the Biden administration for “conspiracy to deprive people of their voting rights” by posting memes that allegedly misled Clinton voters in 2016.

“The entire game is rigged,” said Federalist editor Sean Davis. “The rule of law is dead.”

The entire game is rigged.

DOJ is trying to throw a troll in prison for 10 years because of a meme from 2016.

Meanwhile, a corrupt FBI attorney gets probation for defrauding a federal court in order to spy on his enemies.

The rule of law is dead. https://t.co/FOP0lHY4lE

“As outrageous as this is, it’s also useful. It’s in our faces now,” wrote lawyer and filmmaker Mike Cernovich. “When they come for more Trump supporters… Remember today.”

As outrageous as this is, it’s also useful.

It’s in our faces now.

FBI agents who lie in a FISA warrant get probation.

When they come for more Trump supporters.

Democrats, who spent the past four years insisting that “no one is above the law” and that Trump must be investigated for an array of suspected crimes, did not comment.