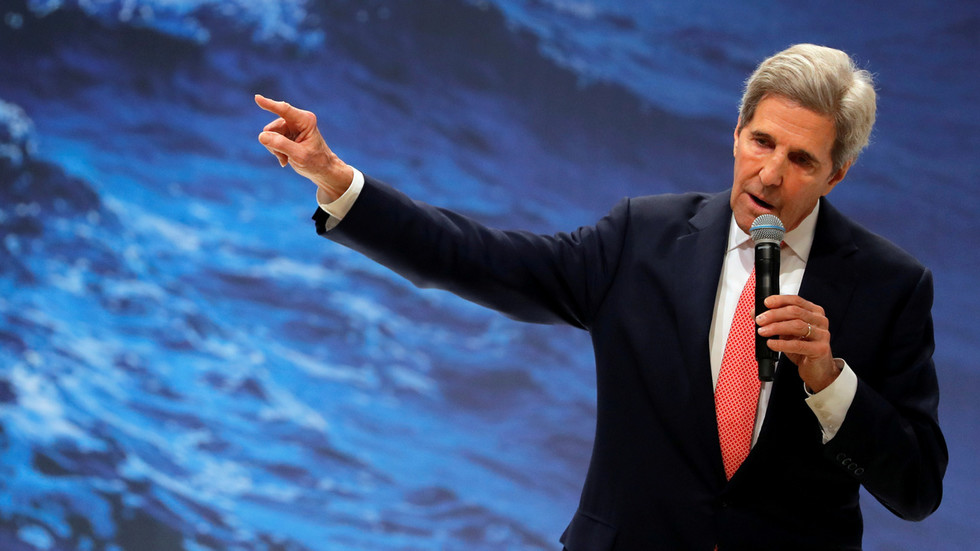 With so many people’s paychecks on the line, Biden’s new climate envoy, John Kerry, was asked what he would say to oil and gas workers who are “seeing an end to their livelihoods.”

John Kerry—who flies in private jets, owned a 76-foot yacht and several mansions—has the carbon footprint of a small nation.

Yet he tells energy workers to "make solar panels" when the Biden administration kills their jobs. pic.twitter.com/QhK2FVykxU

Kerry described Biden’s climate crackdown as “what needs to be done” to “deal with this crisis” of climate change.

“What President Biden wants to do is make sure those folks have better choices,” he said of the soon-to-be out of work oilmen and gas workers. “They can be the people to go to work to make the solar panels.”

“That is going to be a particular focus of the Build Back Better agenda.”

While renewable energy has enjoyed constant growth over the last decade or so, it still only accounts for 11 percent of the US’ energy production. The wind and solar power industry employed under half a million people in 2019, a fraction of the 6.7 million Americans employed in the “traditional” fuel and energy sectors. The Biden administration has not yet outlined exactly how laid-off energy workers would find employment in the far smaller renewable sector, or what kind of help, if any, the government would give them to retrain.

Conservatives hammered Kerry for his “cynical and callous” answer.

John Kerry telling coal and oil workers that they'll seamlessly become solar panel workers and it'll be a better use of their lives is so insulting. The idea that they'll instantly pick up how to build solar panels and wind turbines (and get over it) is just evil.

These people have no conception of how skilled labor works. You don’t just go from being a welder to making solar panels, that requires a completely different set of skills and experience. And there are no government programs in place that allow for such a transition. https://t.co/Po0G9aj6fW

Is John Kerry completely ignorant of economics, or just this cynical and callous? https://t.co/MwPeKN6pLq

For many, his briefing brought back memories of the glib advice given by liberal journalists to unemployed coal miners during the Obama years: “learn to code.” Biden himself encouraged miners to “learn to program,” on the campaign trail last year, seemingly unaware that the phrase has become a 21st Century equivalent to Marie Antoinette’s famous “Let them eat cake.”

Biden didn’t suffer at the polls for his statement the way Hillary Clinton did in 2016 when she proudly declared “we’re going to put a lot of coal miners and coal companies out of business.” Yet the end result, unless Biden’s $2 trillion clean energy plan passes Congress and creates the “millions of jobs” it promises, is likely the same.

Biden has gone all in on climate change, with his oil and gas permits ban just one part of a sweeping executive order signed on Wednesday that also directs the federal government to purchase electric vehicles, orders the conservation of federal land, and maps out the country’s emissions targets under the Paris climate agreement.